Actress Angelica Panganiban is preparing to give birth to her first child with her non-showbiz partner Gregg Homan. 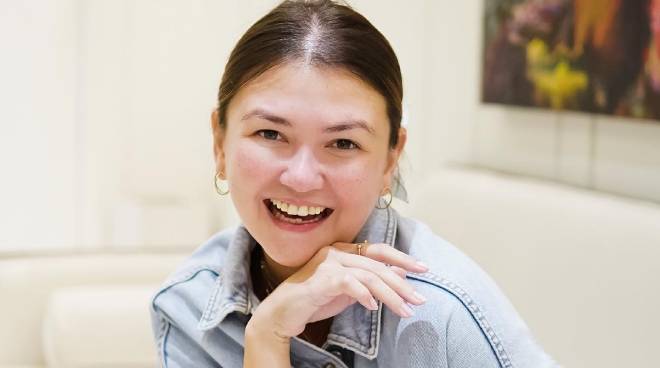 Actress Angelica Panganiban is preparing to give birth to her first child with her non-showbiz partner Gregg Homan.

In her latest Instagram update, the Kapamilya star gave her followers a glimpse of the future room of their baby, which, based on the video she posted, has not yet been furnished but was already painted with an underwater design.

"Slowly but surely," the actress captioned the clip, followed by a white heart and a pregnant woman emoji.

It was in late March when Angelica, 35, first confirmed that she is pregnant.

In an interview with Star Magic's Inside News, she shared that the first three months of her pregnancy had been a little hard for her because of the many changes in her body.

Nevertheless, the actress said that she is just enjoying every minute of her journey

Angelica has been dating Gregg, the father of her child, for almost two years. The couple will celebrate their second anniversary together this coming July.