Jerome Ponce and Sachzna Laparan share messages that marked their first anniversary as a couple. 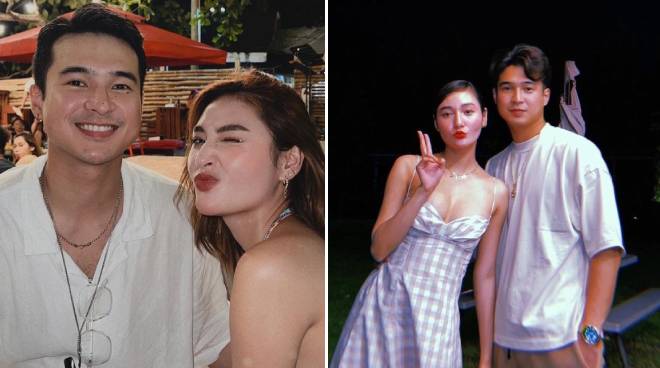 Jerome Ponce and Sachzna Laparan just celebrated their first anniversary as a couple. Last May 11, the lovers shared very short candid moments of their journey in their first year which gave the netizens kilig.

For the actor, he made two separate posts, a video and a photo, of the two of them with the captions, “1st” and “Year,” respectively. The video showed the couple being goofy together while using a filter that alters their face. Sachzna commented on Jerome’s video saying, “Basta mahal ko yan,” which their fans found cute.

Meanwhile, the vlogger shared some of their memories together––from restaurant dates up to their beach vacations. Sachzna captioned it with, “Mahal.. ❤️ #1st.”

The couple made their relationship public just last year when Sachzna called Jerome her “soulmate.” The actor on the other hand, had called her “nassib” which fans said is an Arabic word which translates to “destiny” or “fate” in English.

Netizens found the couple’s posts sweet and congratulated the two on their respective accounts.