Zac Efron says that he is open to being part of a ‘High School Musical’ reboot. 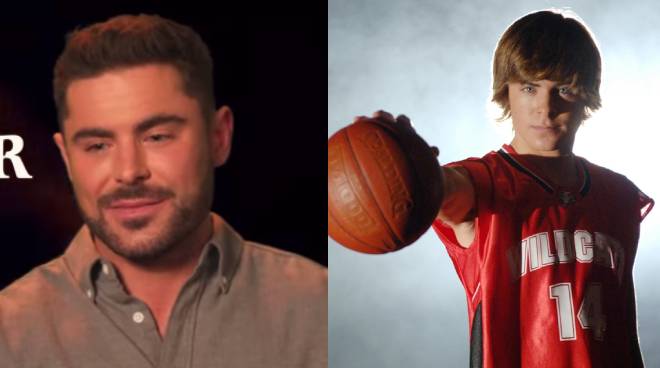 Zac Efron remarked that he is open to reprising his role as Troy Bolton if there would be a High School Musical reboot.

"Of course, of course. I mean, to have an opportunity in any form to go back and work with that team would be so amazing," he said in an interview with E! News.

The actor added, "My heart is still there. That would be incredible. I hope it happens."

"Our hearts are still there too, Zac!" one fan commented in his interview.

"Once a Wildcat, Always a Wildcat!!! High School Musical Forever!!!" another fan commented.

"We hope so too Troy!" another fan stated.

In 2019, a series inspired by the High School Musical film was created for Disney Plus.

High School Musical: The Musical: The Series premiered in November 2019 and starred Olivia Rodrigo, Joshua Bassett, Matt Cornett, and Sofia Wylie, among others.

In April 2020, the High School Musical movie cast had a virtual reunion for The Disney Family Singalong.

Cast members Vanessa, Ashley, Lucas, Corbin, and Monique performed "We're All In This Together" ion the show. Zac, who could not make it to the virtual reunion, sent a video message.

Following the success of the High School Musical franchise, Zac starred in several movies including Hairspray, 17 Again, Charlie St. Cloud, The Lucky One, and The Greatest Showman, among others.

Zac's latest film project is Firestarter, which premiered in the United States on May 13.