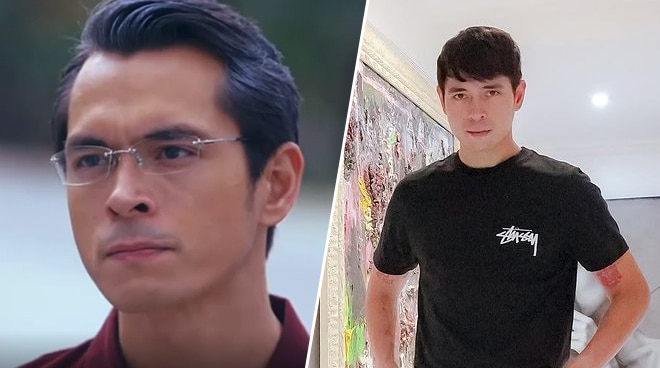 As he says goodbye to his role as mayor Troy Ramones in the primetime series Viral Scandal, Jake Cuenca shared why he has been calling his first father role onscreen as a dream come true.

“What he taught me is iba talaga yung pagmamahal para sa anak. I know it’s hard for a person like me to fathom kung papaano yung pagmamahal sa isang anak kasi I don’t have a child.

The 34-year-old actor admitted it was immersive for him to actually feel paternal towards his onscreen offspring during their lock-in taping cycles.

“Definitely a role of a lifetime for me kasi as much as I prepared for mayor Troy, ang galing kasi yung role parang ako pa yung tinuruan sa huli. It was such an experience kasi at one point for me, talagang anak na talaga tingin ko kay Charlie (Dizon) at kay Kai (Estrada).

“So the last few days, I really did feel like me anymore. I felt like I was more of mayor Troy.

“It was one of those roles na I was definitely satisfied by the end. Hindi siya yung tipong nahirapan akong ipagpag or tipong dinala ko pa sa bahay. It’s something that I ended there and it was beautiful. Everyone there was my family. Mahal ko silang lahat diyan sa show,” he shared.

As the show airs its finale, Jake shared why not just viewers but also the cast members learned a lot from the show.

“Ang dami. Sobrang daming takeaway. To be honest, the biggest takeaway is the memories I have with everyone. Nung dumating kami dun we were all strangers. Hindi kami magkakakilala.

“By the end of the first cycle magkapamilya na kaming lahat so I think my biggest takeaway from the whole experience would probably be working with everyone. Sobrang nag-enjoy ako with the cast, crew, with everyone,” he added.

READ: Jake Cuenca, Ria Atayde, and other celebs share how much they love their mothers