Kathryn Bernardo and Daniel Padilla share the struggles they faced while taping. 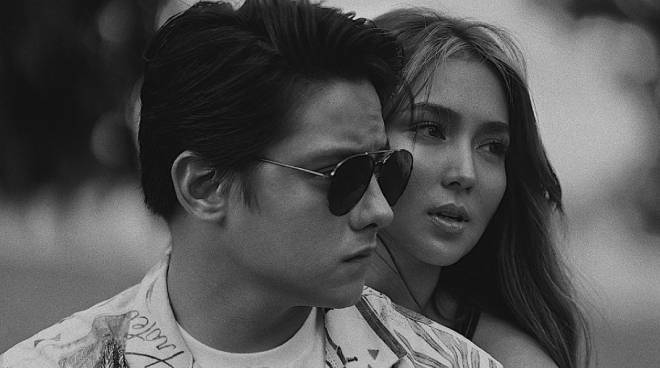 Kathryn Bernardo and Daniel Padilla will be making their primetime television comeback with the rom com, 2 Good 2 Be True, directed by Mae Cruz Alviar. The love team had worked with Direk Mae in the past on the hit movies Can’t Help Falling in Love and Crazy Beautiful You. In an exclusive interview by Inside News of Star Magic, the two opened up about their experiences while taping the drama.

The real life and on-screen duo shared that it’s been hard for them in terms of their schedule since they have to be in the lock-in taping for a month. However, Kathryn shared that there was something positive that came out from it as well––their hard work. The actress is confident that the viewers will learn so much in this drama, not just from the lead characters but also the side characters who have their own stories and lessons to share.

The new show started taping in October 2021 which made fans so excited for this new project of Kathryn and Daniel.

The couple have been on-screen partners for a decade already and Daniel happily shared that there is no secret to their long-lasting tandem. Loyalty, compromise, and support for each other are the reasons they are still standing strong, the actor said in the interview.

2 Good 2 Be True starts on May 16 on the Kapamilya Channel, Kapamilya Online Live, A2Z Channel and TV5. Meanwhile, Netflix and iWantTFC subscribers could watch it beforehand as it will air on both platforms on May 13 and 14, respectively. This is the first Filipino series to simultaneously show on Netflix and on TV.