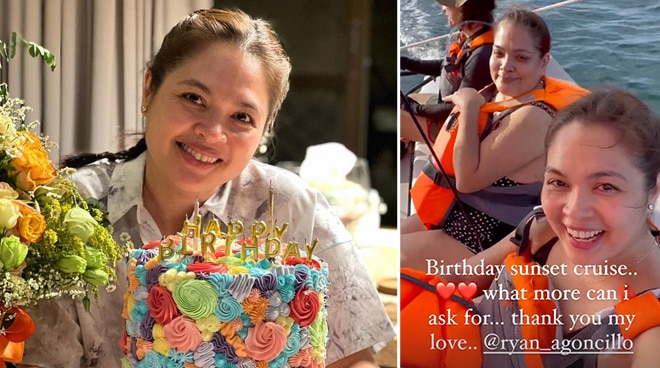 On Instagram, her husband, TV host Ryan Agoncillo, posted a photo of Judy Ann as he shared his birthday message for the actress.

"44 equals... antipara," Judy Ann wrote in response to his post, followed by a laughing emoji.

As seen in her own Instagram update, Judy Ann celebrated her special day by going on a cruise with her family, including Ryan, their youngest daughter Luna, and her siblings Jackie and Jeffrey.

"Birthday sunset cruise. What more can I ask for. Thank you my love @ryan_agoncillo," she wrote. Judy Ann is considered as one of the best actresses not just of her generation, but in the country.

She was last seen on television as the host of the ABS-CBN documentary-drama Paano Kita Mapapasalamatan. On the big screen, Judy Ann starred in Brillante Mendoza's war film Mindanao, for which she won Best Actress at the 41st Cairo International Film Festival in 2019.