Several local celebrities are in mourning following the death of stylist and makeup artist Fanny Serrano on Tuesday night, May 10. 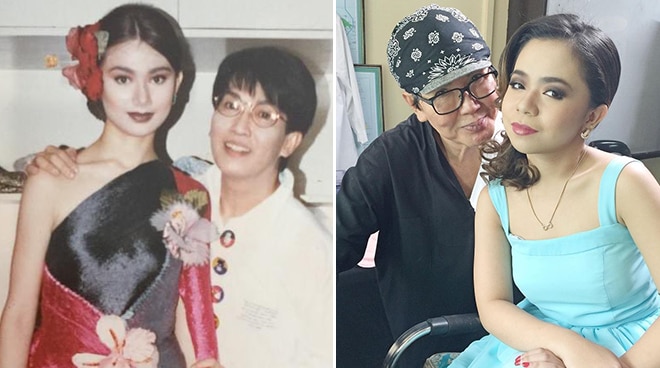 Several local celebrities are in mourning following the death of stylist and makeup artist Fanny Serrano on Tuesday night, May 10.

Actresses Zsa Zsa Padilla and Francine Prieto were among the first to react to the sad news, turning to Twitter to express their grief.

"RIP to one of my mentors in modeling, Tito Fanny Serrano," said Francine.

RIP to one of my mentors in modeling, Tito Fanny Serrano 💔 pic.twitter.com/oSfC4G5DY3

For her part, veteran singer Dulce shared a Facebook video of her singing and offering her prayers for Fanny back when he was still alive.

"Thank You Father God for my beloved friend, kapatid FANNY SERRANO… I love you TF. No more pain, no more suffering… Rejoice now in paradise," she said.

Actress Kiray Celis, who used to be a muse of Fanny, also took to social media to mourn the death of her "fairy godmother."

Other celebrities who were saddened over the death of the legendary "TF" included singer-songwriter Ogie Alcasid and comedienne Kakai Bautista.

Fanny, or Felix Mariano Fausto Jr. in real life, died peacefully in his sleep between 8:45 to 9 p.m. on May 10 at his residence in Quezon City, his daughter Patpat Miranda confirmed to ABS-CBN News this Wednesday, May 11.

Prior to his death, Fanny suffered a stroke twice — first in 2016 and then in 2021. In a previous interview, the stylist, who was dubbed as one of the country's "Pioneers of Beauty," said he considers his recovery from his first stroke a "miracle."