Paulo Avelino finally got the chance to reunite with his son Aki when he flew to the US to join Ogie Alcasid and Janine Gutierrez on a concert tour. 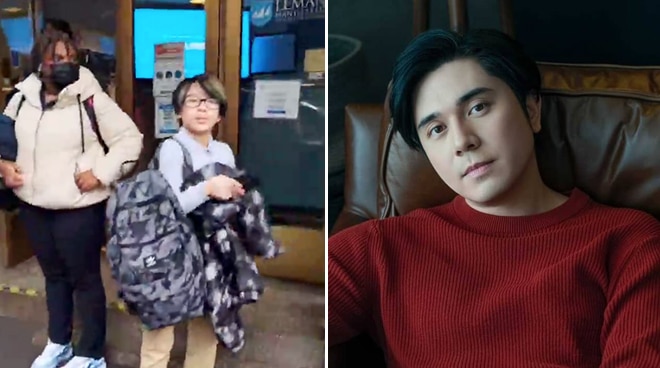 Paulo Avelino finally got the chance to reunite with his son Aki when he flew to the United States to join Ogie Alcasid and Janine Gutierrez on a concert tour.

As seen in his recent social media updates, the actor reunited with his son in New York, where the latter is currently residing with his mother, actress and Paulo's former partner LJ Reyes. It was back in March when Paulo first shared his plans to visit his son in New York while he is in America for the "OA Sa Love in the USA" concert tour.

LJ, along with Aki and her daughter Summer, left for New York in September last year, at the height of controversy surrounding the actress's separation from her partner of six years, actor Paolo Contis.

READ: LJ Reyes shares update about her life in New York: ‘Back to regular programming’

Talking about his son, the Marry Me, Marry You actor said he is very excited to finally see and spend time with Aki, who he revealed is now studying in the city.
“Excited na excited na rin akong makausap ang anak ko kasi nag-i-school na rin do’n and everything,” he said.

Aki, the only child of Paulo and LJ, will be turning 12 years old this July.