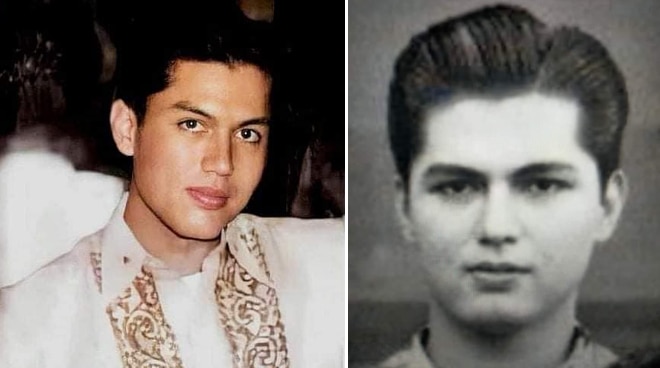 The Philippine entertainment industry lost another screen icon this year with the passing of former LVN actor Carlos Salazar who passed away last April 7 at the age of 90. In an interview with ABS-CBN News, the actor’s son revealed the exact reason how his father passed away.

“The pandemic wore him down. He was depressed because he can no longer socialize as he used to. Also, several of his dear friends have passed on. Homebound, humina na rin siya. He died peacefully in his sleep, 2:14 a.m. at our residence at Phil-am Homes Quezon City.” His father had also recovered from a battle with COVID last year.

His son Anton Ram Fernandez Roldan confirmed the news on his Facebook account along with some vintage photographs of the former matinee idol.

“You are now with Mama. Continue your infinite love in Heaven. We Love you Papa, I’m lucky to have you as my Papa. Rest in Peace . We Love you til eternity. Til we meet again.”

Discovered while performing onstage during a production at the Far Eastern University in the ‘50s, Carlos’s popularity rose until he became one of LVN Pictures’ leading men as well as starring in projects with other movie studios until the ‘60s. From acting to directing and producing films, Carlos continued working in showbiz up until his early ‘80s. He was last seen in the ABS-CBN series Be Careful With My Heart in 2014.

Carlos Salazar’s remains will be available for viewing starting this Friday, April 8, at Chapel 6 of Funeraria Paz on Araneta Avenue, Quezon City. His burial is scheduled on Monday, April 11, at the Divine Mercy Memorial Park in Silang, Cavite.