Jolina Magdangal celebrates six years of friendship with Melai Francisco: ‘Can I be your best friend?’ 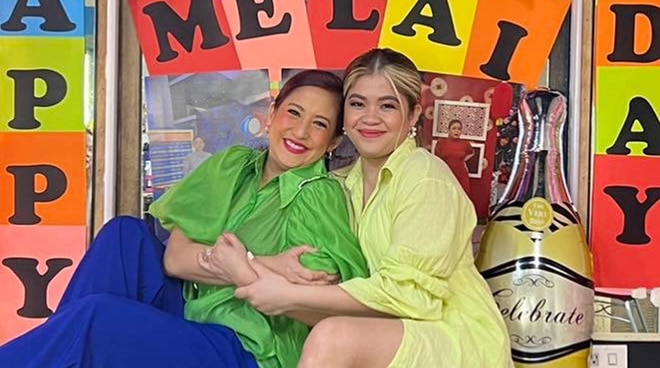 After six years of working together as two of the three well-loved hosts of ABS-CBN’s morning show Magandang Buhay, it’s no surprise Jolina Magdangal and Melai Francisco have since bonded on and off the set. For Melai’s 34th birthday this year, Jolina shared a sweet message for her fellow “momshie” along with recent photos at the celebrator’s birthday celebration. In the post, Jolina also revealed that their friendship is not perfect and is not without its own share of misunderstandings which they have weathered over the years.

In the same post, Melai reacted to the online greeting and wrote to share her appreciation in the comments section. “Yes yes yes momshiejols plssss labyuuuu mis u,” and “Momshiejolsssssss😢😢😢😢😢 salamat Labyuuuuu,” Melai wrote.

Melai and Jolina along with their other Magandang Buhay co-host Karla Estrada first became close when they were contenders for the first season of Your Face Sounds Familiar in 2015 where Melai emerged as the winner. They all became first time morning talk show hosts a year later through Magandang Buhay.