Actress Jennylyn Mercado wowed her followers on Wednesday (April 6) when she surprised them with a photo from her maternity shoot. 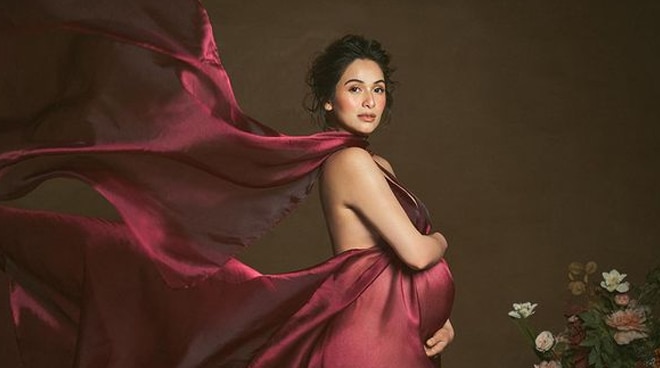 Actress Jennylyn Mercado wowed her followers on Wednesday (April 6) when she surprised them with a photo from her maternity shoot.

In the snap posted on Instagram, Jennylyn, who is pregnant with her second child, looked stunning as she flaunted her baby bump in a sheer red dress.

The actress was photographed by celebrity lensman BJ Pascual, who also shared the image on his Instagram page, saying he will upload a vlog about the shoot on Saturday night (April 9) on his YouTube channel.

Jennylyn, 34, is expecting her first child with her husband, Dennis Trillo.

The couple revealed Jennylyn's pregnancy — alongside their engagement — through a vlog post released in October last year.

They went on to tie the knot in a civil ceremony on November 15, 2021. That same month, the two announced that they are expecting a baby girl.

READ: Jennylyn Mercado and Dennis Trillo reveal the gender of their baby

Jennylyn has a son with her previous boyfriend, actor Patrick Garcia, while Dennis has also a son from his past relationship with former actress and beauty queen Carlene Aguilar.

Jennylyn is expected to give birth to her second child sometime this April or May.