‘Pinoy Big Brother’ Celebrity housemate Alyssa Valdez and her team prepare for the SEA Games happening this May in Hanoi, Vietnam. 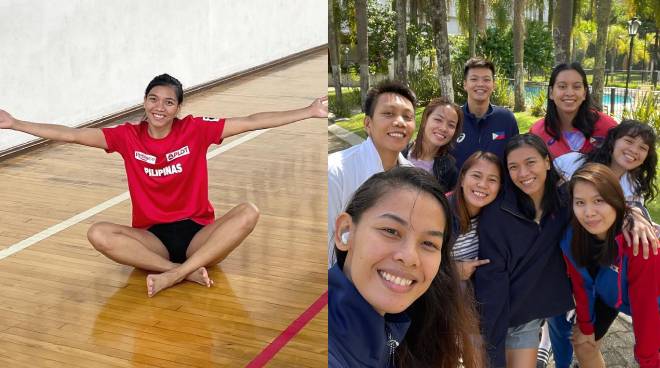 After flying to Brazil with the rest of the Philippine Women’s volleyball team delegation last April 12, Alyssa Valdez shared an update during their last training day in São Paulo, Brazil in preparation for the Southeast Asian Games which starts on May 12 in Hanoi, Vietnam. The Pinoy Big Brother Top Two Celebrity Housemate has been representing the country since she was 15 years old as a member of the RP Youth women’s volleyball team in 2008. She became a member of the senior team in 2013 before eventually being appointed team captain in 2015 during the Asian U23 Championship.

In her Instagram post, Alyssa shared photos taken at a training center called the Sportville Centro de Treinamento which was founded by Brazilian three-time Olympian and coach José Roberto Guimarães. Accompanying photos of her and her teammates as well as the accomplished Brazilian coach, Alyssa wrote the simple caption, “training camp in Barueri ”

Last week, Alyssa also shared a starstruck moment when she got to have a photo opportunity with another Brazilian volleyball athlete and Olympic gold medalist Serginho Escadinha. She wrote, “It’s not every day you get to meet and talk to an Olympian and one of the best liberos in the world! ”