Jake Cuenca congratulates sister for getting into Ateneo

Jake Cuenca is proud of his youngest sister Beatriz for getting accepted into Ateneo. 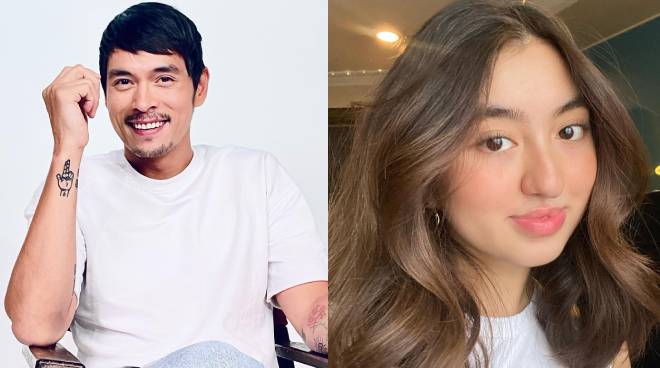 Jake Cuenca took to social media to congratulate his youngest sister Beatriz for getting into the Ateneo de Manila University, one of the most prestigious universities in the country.

On Instagram on Thursday, April 28, the actor shared a screenshot of his sister's acceptance letter from ADMU, as he expressed his delight over finally having an Atenean in their family.

"Someone just got into Ateneo! Words can’t fully express how proud I am of you @bea.clc!" wrote Jake.

"I know how hard you studied and prayed to get into Ateneo and Kuya is just so happy for you. Told you all that hard work would be worth it," he said. "It’s crazy to think that you’re in college na. It literally feels like yesterday when I was still putting you through preschool."

Ending his post, Jake promised to always be there to support his sister and to "do everything in my power to help you make your dreams come true."

"I love you chichi! Congratulations," he finally said.

Based on his post, Jake's sister will be taking up BS Management of Applied Chemistry in the Loyola Schools of ADMU.

Coincidentally, the actor's former girlfriend Kylie Verzosa, with whom he broke up just this month, is also an alumna of the university. The beauty queen-actress graduated from ADMU with a degree in business management.

READ: Jake Cuenca confirms breakup with Kylie Verzosa: ‘We didn’t want to break up in anger’