Kathryn Bernardo affirms her love for Daniel Padilla on his 27th birthday: ‘You and I are always in sync’ 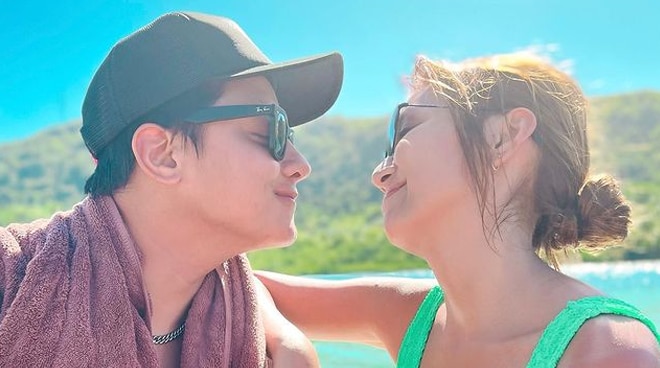 On her Instagram account, Kathryn dedicated her latest post to her boyfriend of almost a decade. In the post, a snapshot from their recent island trip showed Kathniel staring into each other’s eyes with an amused smile. Kath also shared a sweet video clip of her and DJ dancing on a yacht while their close friend Joshua Garcia watched them. In her post, Kath wrote, “Dancing through life with you and enjoying every single step. Remember that you and I are always in sync, and no matter what the music is, there's no better rhythm than when we're dancing TOGETHER.

Happy birthday to my person.”

Last month, while celebrating Kathryn’s 26th birthday in El Nido, Palawan along with their closest friends, DJ surprised Kath with a sweet impromptu performance of OPM singer Bamboo’s song “Truth” which he dedicated to his longtime girlfriend.