Hyun Bin and Son Ye-jin are currently in the US for their honeymoon. 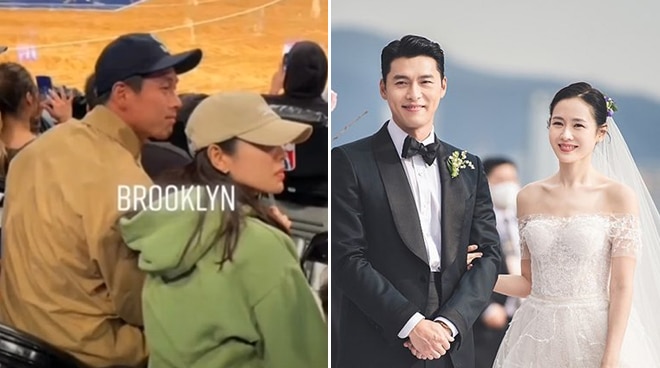 Hyun Bin and Son Ye-jin made a stop at the Barclays Center in Brooklyn in New York to watch the first round of the playoffs between the Boston Celtics and the Brooklyn Nets.

The couple witnessed the Celtics defeat the Nets in a 116-112 game, with the former advancing to the Eastern Conference semifinals.

Hyun Bin and Son Ye-jin — whose popularity both skyrocketed following the success of Crash Landing on You — are enjoying their stay in the US where they are currently on their honeymoon.

At one point, Hyun Bin even stood up to take photos of the players in the midst of the game.

This is not the first time #BinJin was spotted by fans in public places in the US. It all started at the Los Angeles International Airport in Los Angeles, California, and at a restaurant in New York City.

Hyun Bin and Son Ye-jin also went to the Richard Rodgers Theatre on Broadway to watch the Hamilton musical.

They got married last March 31.

Meanwhile, multiple reports saying Hyun Bin and Son Ye-jin are flying back to South Korea on April 28 made rounds online.

But according to their respective agencies —  VAST and MS Team Entertainment — “the return schedule is private and cannot be confirmed,” as stated in a Naver report.