Almost a year after they tied the knot, Angel Locsin and Neil Arce went on their first vacation as a married couple. 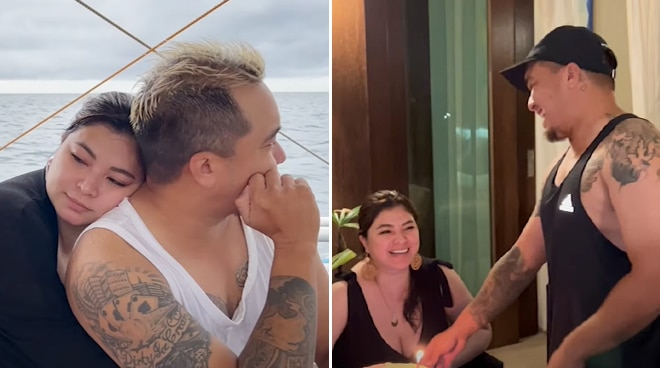 Screenshot from The Angel and Neil Channel

Almost a year after they tied the knot, Angel Locsin and Neil Arce went on their first vacation as a married couple.

In a vlog released on their YouTube channel on Tuesday, April 26, the couple shared snippets of their beach getaway in Boracay, where they spent some quality time along with some friends and loved ones.

The trip, according to the video and its description, involved the "beach, some booze, and lots of yummy food."

Angel and Neil will celebrate their first wedding anniversary this coming July 26.

The couple, who got engaged in June 2019, tied the knot in a civil ceremony in Taguig City, after three years of being a couple. They were supposed to get married earlier, on November 8, 2020, but were forced to postpone the ceremony due to the COVID-19 pandemic.

Earlier, Angel said that she is not yet planning to start a family with Neil, as she has a thyroid problem that she needs to address first.

READ: Angel Locsin reveals not planning to have a baby yet due to thyroid problem

The actress also stressed that she and Neil are not in a rush to have a baby.