Sachzna Laparan, the girlfriend of actor Jerome Ponce, raised her concern over her electric bill. 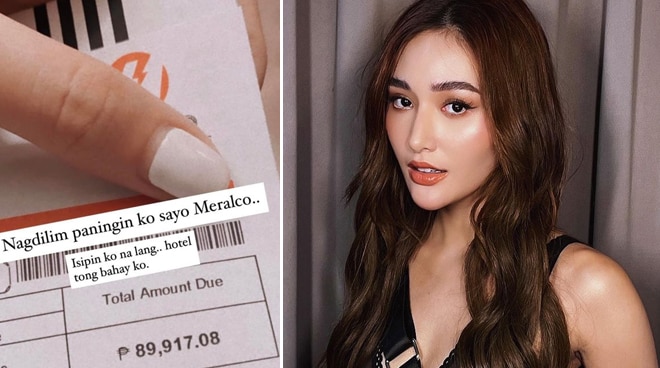 Vlogger and beauty influencer Sachzna Laparan took to social media to raise her concern over her electric bill which amounted to almost 90,000 pesos.

In a Facebook post, Sachzna jokingly made a poll on the action that she should take after receiving her electric bill.

According to Sachzna, it’s as if as though her vision suddenly turned dark after seeing her bill.

On one of the possible reasons her bill reached the said amount, she said in jest: “Init kasi.”

Meanwhile, it seems her followers could relate to her as a lot of them shared their own experiences. Some of them even recommended for Sachzna to switch to solar energy by purchasing solar panels.

She is the founder of a beauty brand called SAS Beauty.

She is the girlfriend of Kapamilya actor Jerome Ponce. They confirmed they are dating in July 2021.

She can currently be seen in the YouTube series How To Move On in 30 Days with Maris Racal and Carlo Aquino.