Kris Aquino says she’ll be out of the country for more than a year. 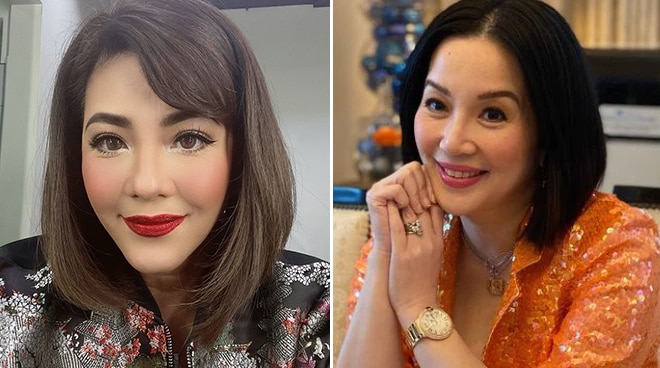 Kris Aquino recently made a revelation: she’s set to fly to the US soon to continue her medical treatment.

The A-list celebrity dubbed as Queen of All Media confirmed the news in the comments section of an Instagram post where Regine thanked everyone who remembered her special day.

“Thank you again everyone for remembering my birthday love you guys,” Regine wrote in the caption of her post.

Meanwhile, Kris revealed that she prepared something for Regine and her family as a way of thanking them although she did not disclose any details about it.

“May hinanda akong THANK YOU from our family for you & pareng Ogie- honestly I need to ask my sisters if it ever reached you- because Alvin (your #1 fan) took care of everything- he’s on leave now because his mom is in the hospital,” she said.

Kris also apologized for her late video greeting, saying she still finds it overwhelming that she will be gone from the country for more than a year for her journey towards healing.

The former presidential sister expressed her gratitude to Regine and Ogie for being “consistent” in sending well wishes to her.

READ: Kris Aquino reveals that she now weighs 86 pounds: ‘Cancer is ruled out’

Kris Aquino has been battling an autoimmune disease called Chronic Spontaneous Urticaria since 2018.