Maricel Laxa recalls son’s heart operation at age 4: ‘I really felt the presence of the Lord’

Maricel Laxa said she kept her faith in her after feeling the Lord’s presence during those times. 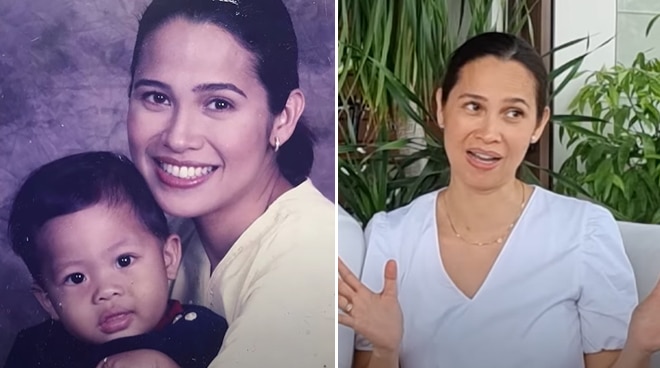 Maricel Laxa has time and again proven that she is an inspiring mom for raising five God-fearing kids with her husband Anthony Pangilinan. But perhaps she deserves props for being a strong woman who has shown strength when her son went under the knife at the age of 4.

In an interview with Karen Davila, Maricel opened up about how her faith grew even stronger after her experience years ago when her son Benj had a heart operation.

At first, she and her husband Anthony thought it was just a some sort of stomach problem until they went to the doctor who told them about their son’s heart condition.

But the more painful part was Anthony had to hear it straight from his son who shared the news through a telephone call.

His son, according to Anthony, asked him: “Dad, I have a hole in my heart. Can you fix my heart?” To which the father of five responded with: “No, Benj, I can’t fix your heart, but God who made you can.”

Maricel, for her part, admitted she was “in denial” until the time her son finally underwent the procedure, citing her son’s energy and vigor.

“Tiningnan ko si Benj eh. Lively energetic and everything. There’s nothing wrong with him. He’s completely fine,” she said.

She was even hesitant at first to give the procedure a go, saying she told herself she wouldn’t be able to forgive herself if something happened to her son.

Then again, she felt the Lord’s presence and heard his voice. “I really felt the presence of the Lord, pushed me down my chest and the voice in my ear, ‘He is Mine, who are you?'” she said.

Unlike their four other children—Donny, Ella, Hannah, and Solana, their son Benj didn’t train for a triathlon at an early age for fear that his condition might bring complications.

But after medical results have proven them wrong as he was “completely healed.”

“Because of that revelation he became the champion of the triathlon, aquathlon, everything,” she added.