Minzy on 2NE1’s reunion at Coachella: ‘I felt happy and nostalgic’

Minzy shared her experience reuniting with her fellow 2NE1 members at Coachella. 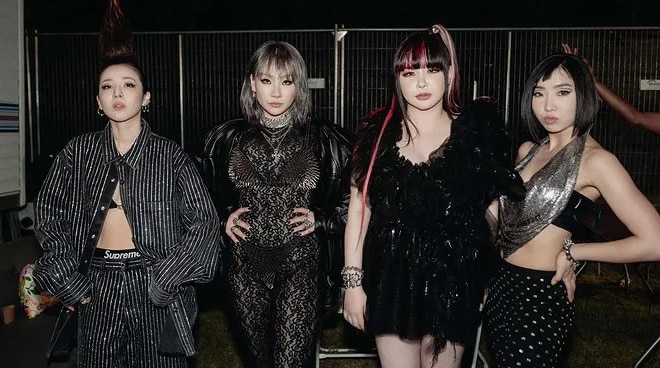 “It was a moment in which I felt many different emotions at once."

These were the words of K-Pop singer Minzy when she described how it felt performing again with her fellow 2NE1 members at Coachella 2022.

“Standing on stage together with all of the other members for the first time in a long while, looking out at the faces in the huge crowd, I felt happy and nostalgic and excited,” she said in an interview with StarNews as reported by Soompi.

Minzy confessed that though they were excited to perform for their fans again, she was also worried if people already forgot about them.

"It was a performance that we prepared while thinking of our fans who had been waiting for a long time, so I did think that people might like it. But part of me also worried whether people would remember us," she said.

"However, people wound up showing so much interest [in our reunion] that I’m extremely grateful," she added.

Minzy relayed that she first heard about Coachella on CL's birthday.

On her future plans, Minzy shared, “Right now, I’m working on new music, and I plan to meet and communicate with my fans abroad that I haven’t been able to see because of COVID-19.”

2NE1 performed their hit song "I Am the Best" at Coachella as the final performance of CL for her set list.

It was their first performance since they disbanded in 2016.

Their reunion took social media by storm and became a trending topic on Twitter.

2NE1 debuted as a K-Pop girl group in 2009 under YG Entertainment.

The group released their first EP in the same year which contains the hit songs "Fire" and "I Don't Care." In 2010, they released their second EP which featured their hit singles "I Am the Best," and "Don't Cry" among others.