Dionne Monsanto gives birth to a baby girl in Switzerland 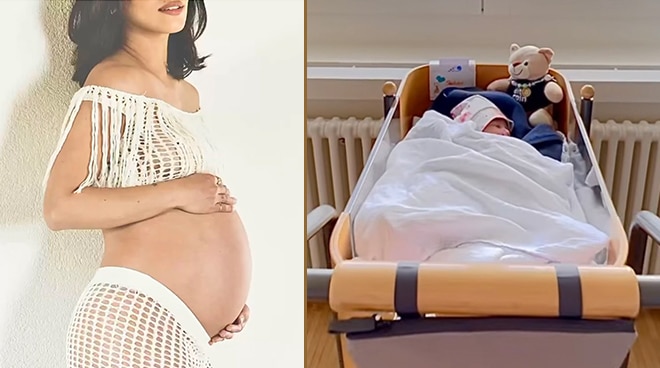 After moving to Europe last year and getting married to her Fil-Swiss businessman Ryan Stalder in a beautiful intimate ceremony in Switzerland, Dionne Monsanto has been enjoying married life abroad. The former actress, who was last seen in FPJ’s Ang Probinsyano before saying goodbye to local showbiz, then announced her pregnancy last December as “her most exciting adventure yet.”

Five days before giving birth, the 36-year-old actress even shared a photo flaunting her baby bump with the caption, “Wednesday ‘Bump’ Day. Enjoying these last few weeks of this little one dancing & wiggling in my belly. So excited for even more wonderful times ahead.” In another post, she also shared an ultrasound photo of her baby.

Last April 20, Dionne finally broke the news that she had already given birth two days earlier and posted a short video clip of her sleeping baby in a cradle with the caption, “I have the best view ever. Our baby girl, born on 18 April 2022 at 4:22AM.”

Dionne first entered showbiz in 2007 as a housemate in the second season of Pinoy Big Brother where Beatriz Saw was declared as Big Winner. She went viral for her memorable portrayal of the character Lucy Villadolid in the 2016 series Tubig At Langis. She was also part of the cast of ABS-CBN projects like I Got You, A Soldier’s Heart, and The General’s Daughter.