Will Jeremy Jauncey, the boyfriend of Pia Wurtzbach, appear as a judge in the 2022 edition of the Miss Universe Philippines pageant? 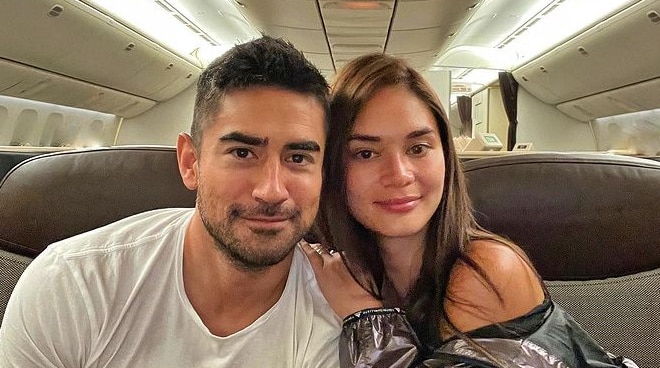 Jeremy Jauncey, the boyfriend of beauty queen-actress Pia Wurtzbach, will not be appearing as a judge in the upcoming Miss Universe Philippines pageant to be held this coming April 30.

It was Pia herself who made this clarification when asked by a netizen whether her entrepreneur-boyfriend will be sitting as part of the selection committee for this year's pageant.

"Hindi po. Hehe. He's here for the World Travel and Tourism Global Summit. He's a speaker!" Pia said, as she explained why Jeremy flew to the Philippines with her.

When told by the netizen regarding a circulating rumor that Jeremy will be participating in the Miss Universe PH, the beauty queen replied: "I'm not sure where you heard that from. Hoping to see you at the pageant anyway!"

Pia, who was crowned Miss Universe in 2015, has been tapped to judge the national pageant alongside her fellow titleholders Iris Mittenaere of France (2016), and Demi-Leigh Tebow of South Africa (2017).

Thirty-two candidates will compete for the chance to represent the Philippines in the next Miss Universe pageant. Whoever wins will succeed Beatrice Luigi Gomez of Cebu City, who finished in the Top 5 finalists of the 70th Miss Universe, held in Israel last year.

Fans may watch the coronation night on iWantTFC, ABS-CBN Entertainment YouTube Channel, and The Filipino Channel (TFC) on April 30, 7 p.m.