Liza Soberano, Janella Salvador, and Joshua Garcia were among those who congratulated Maja Salvador on her engagement. 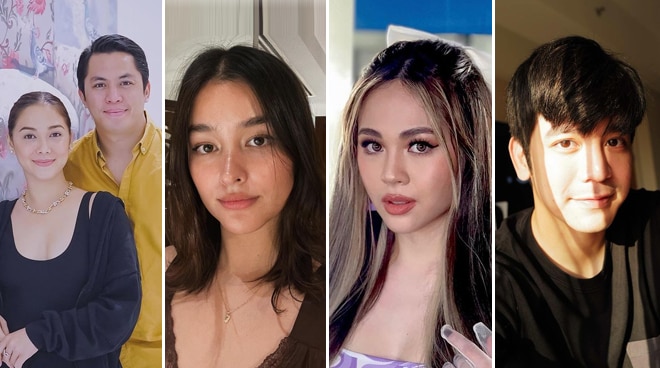 Friends and colleagues of Maja Salvador in showbiz have been sending the actress congratulatory messages after she announced on Sunday (April 17) that she is now engaged to her boyfriend Rambo Nuñez.

Maja, 33, shared the wonderful news with photos of her engagement ring and Rambo's surprise proposal as seen on her Instagram page.

"My new beginning @rambonunez," the actress wrote in the caption, followed by a ring and a heart emoji.

Comments were a flood of messages from local celebrities congratulating and expressing their happiness for Maja and Rambo, including Kim Chiu, KC Concepcion, Heart Evangelista, Jodi Sta. Maria, and Alex Gonzaga.

Liza Soberano, Janella Salvador, and Joshua Garcia were also among those who showed their support for the couple via Instagram Stories. It was in March 2019 when Maja confirmed that she got back together with Rambo, whom she first dated many years ago, when she was only 21.

According to Maja, she believes that she and Rambo made the right decision by giving their relationship another shot.

The Killer Bride star also previously admitted that she already sees herself settling down with Rambo in five years.

Rambo, who is said to be a president of a PR company, is notably the first known non-showbiz boyfriend of Maja, after her relationships with Gerald Anderson, Matteo Guidicelli, and Carlo Aquino.