Michelle Madrigal talks about life after divorce: ‘Welcome to the new chapter of my life’

US-based actress Michelle Madrigal shares how she is moving on after her divorce from American ex-husband Troy Woolfolk. 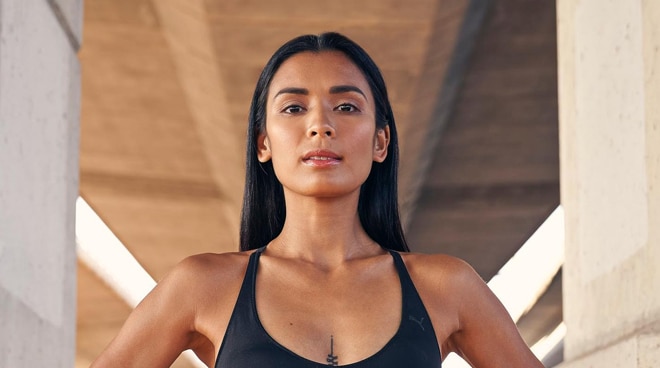 A year after revealing her separation from her husband of almost three years, Michelle Madrigal now shared that her divorce from Troy Woolfolk has now become final. In her Instagram post last April 13, the 33-year-old actress-turned-fitness trainer talked about moving forward from this part of her life.

“An ending to this chapter….

“Yesterday was supposedly a day we celebrate our union few years back… Fast forward to 2022, it’s a completely different story because this marriage is at the end of divorce (took some time but have been legally separated). An ending to something that once gave her happiness and joy.

“A big part of herself that needed to heal. Letting go of the thought and idea that she will never find love again. Allowing herself to honor her truth and core beliefs. And forgiving herself for setting boundaries.

“Yes marriage is a lot of hard work, but both parties should be willing to evolve and change individually (do the inner work). This woman is a complete different person a year ago. She’s constantly evolving and relearning about herself.

“Today, she honors all of that. Letting go of all the negative emotions that transpired during this union and embracing the positive ones left in her heart. We are blessed to have a loving daughter that we get to share during this big transition.

“Letting go to free myself. Welcome to the new chapter of my life. To all my friends and family who have supported me emotionally and financially, y’all know who you are! “Thank you.  ”

After meeting through the dating app Tinder, Michelle and Troy got engaged in 2017, a few months before welcoming their only daughter Anika Austin that same year. The couple got married in 2019 before announcing their separation in 2021.

READ: Michelle Madrigal reveals going through a divorce: ‘We will always have love for each other’

Before moving to the US in 2017 to study culinary arts in Texas, Michelle was part of ABS-CBN series like Pasion De Amor, Born For You, and FPJ’s Ang Probinsyano where she played the role of police officer Sunshine Monteloyola. Michelle first entered showbiz as part of the first batch of questors in the ABS-CBN talent competition Star Circle Quest, in 2004 along with batchmates Joross Gamboa, Melissa Ricks, Neri Naig, Sandara Park, and Hero Angeles who won as Grand Questor.

Last February, Michelle received her naturalization certificate from the US Citizenship and Immigration Services after staying in the country for the past five years.