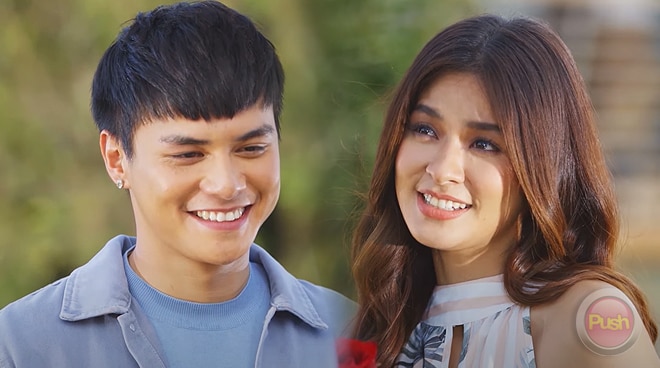 In the short clip released Tuesday, April 12, the characters of Loisa and Ronnie can be seen sharing a romantic moment on a rooftop. They later approach each other, with Ronnie handing a single rose to Loisa. However, in an unexpected twist, Loisa's hand passed through the flower, leaving Ronnie to shout "multo", and the two erupt in shrieks.

It was in September last year when ABS-CBN announced the new teleserye of Loisa and Ronnie at a virtual story conference for the project.

The show marks the television comeback of the couple, who was last seen in the hit action series The General's Daughter in 2019.

Their last acting project was the iWantTFC drama The Goodbye Girl, which was streamed in February. They also starred in the romcom series Unloving U in 2021.

Love In 40 Days is directed by Emmanuel Palo and Jojo Saguin. A release date for the series has yet to be announced, but Dreamscape teased that it is coming soon.