Meet Cherie Gil’s three children living in the US

All of Cherie Gil’s three children have finished their studies. 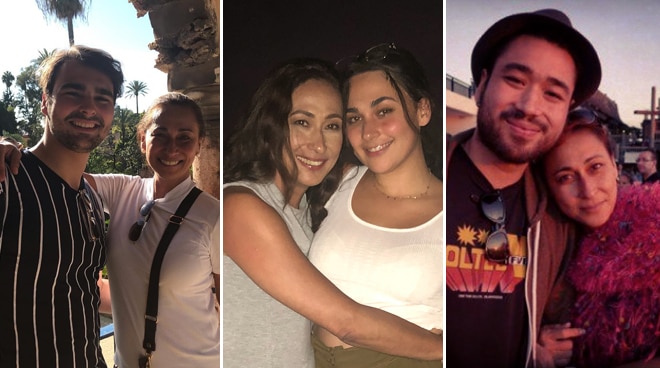 When news about Cherie Gil moving to the United States came out, it came as a shock to many. But Cherie has actually been frequently visiting the States, going there from time to time to visit her three children Jay, Bianca, and Raphael who are all based in the US.

Despite having lived far from them for quite some time, Cherie proved that distance won’t keep them apart.

But who are Cherie’s children? Let’s get to know them more.

Jay Eigenmann is Cherie’s son with actor Leo Martinez while Bianca and Raphael Rogoff are the veteran actress’s children with her former husband Roni Rogoff. Roni is of Israeli descent and a well-known violinist.

Even before, Jay, Raphael, and Bianca have been getting a lot of love on social media for their artistahin looks which they seemingly got from both their parents.

But Cherie has a lot more to be proud of about her children apart from them acquiring her good looks. All her children have finished their studies.

Cherie’s eldest son works as an audio engineer in New York and has managed to keep a close relationship with his two younger siblings who are also living in the US.

Bianca graduated in 2019, finishing a degree of Bachelor Arts of in Drama at New York University (NYU). Raphael is also a graduate of NYU. He finished his studies in 2020.