‘He’s Into Her’ star Donny Pangilinan talks about the bigger challenges in acting in his show’s second season. 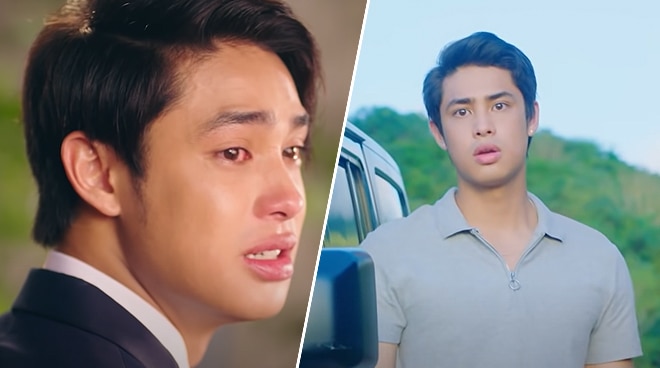 Screenshot from He’s Into Her Season 2 Trailer

When he found out that he would be doing more dramatic scenes in the second season of He’s into Her, lead actor Donny Pangilinan said he welcomed the opportunity to further hone his craft and portray his role as Deib Lohr Enrile more effectively.

“It was definitely a challenge but we enjoy a challenge. We enjoyed showing a different side of the relationship, how mature they are now, the problems they go through with their family and their friends. Seeing the trailer with Deib going through all the stuff with school and facing the bullying he did before, it’s a lot. But we enjoyed it. We enjoyed showing those sides,” he shared during the He’s into Her virtual media conference.

Aside from the new season highlighting more of the storylines of the other characters, Donny said his character goes through a lot of more complex emotions this time around.

“Hindi rin biro ang pinagdaanan ni Deib. So every time na I’m pushed to that limit na medyo uncomfortable na ako. Medyo challenging talaga. Pero fulfilling naman sa dulo. Pero when you reach your limits where your buttons were really pushed. And we’re rushing and we have to go to the next scene na pero kailangan gawin muna ito. Those moments are like one of the most challenging but also the most fulfilling,” he admitted.

READ: Donny Pangilinan and Belle Mariano say that ‘He’s Into Her Season 2’ was challenging to do: ‘It was harder this time’

Donny also appreciated his closer bond with their director Chad Vidanes who also directed the show’s previous season. “Sobrang mas na-appreciate ko si direk Chad. There are certain scenes na ang dami ko ng binigay na emotions, si direk sinabayan niya ako sa side after ng take, umiyak lang kami. Kaming dalawa lang.  For like a good five minutes. And we just didn’t do anything but cry. I really felt that direk was there with me during the scene. It was like that all throughout. Alam ko na hindi lang ako mag-isa and I really appreciated that,” he said.

The He’s into Her Season 2 star also revealed just how fun the whole shooting experience was for him and the rest of the cast the second time around.

“I think the entire lock-in experience, it’s always something that I’ll never forget. It’s not something you can easily forget, even. Being with the same people every single day. So it’s another one for the books for me. We’re not completely done yet but just that entire bond we’ve created with each other and my favorite thing is when we watch the series. Well first I’ll watch it to be entertained but also remembering what we went through behind the scenes. Remembering how hard and how challenging some of them were, just remembering how everything were. It’s nice to reminisce and see it now, the finished product,” he added.