Baron Geisler’s wife Jamie Evangelista revealed her husband’s plans to go back to rehab for his longstanding alcohol addiction. 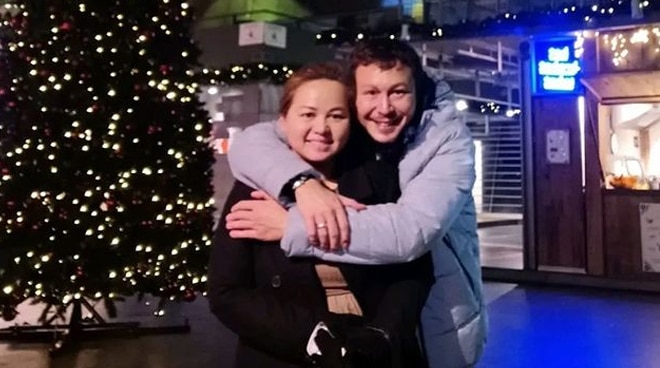 Earlier this month, Baron Geisler posted a series of short video clips (which are now deleted) on his Instagram account which showed him in the middle of an argument with his wife Jamie Evangelista who ended up throwing a container of liquid towards him while he was lying in a bed. The controversial actor can also be heard saying in the video, “Sino ba sa amin ang kailangan magpa-rehab?” Posted without captions, these videos had netizens abuzz about Baron’s possible alcohol addiction relapse which has hounded his showbiz career over the years.

In his vlog posted last April 11, Ogie Diaz revealed that Baron’s wife had reached out to the entertainment reporter and vlogger to share her statement which confirmed Baron’s current condition.

After she apologized for her behavior during the now deleted videos, Jamie admitted that the 39-year-old actor has let it get to the point that he has allowed his addiction to get in the way of his work commitments.

“May friend siya, yung tinatawag kong ‘Sugar Mommy’ kasi she picks him up and kinokonsinte pag-inom niya and dinala siya sa hotel. He messaged me na he was ready to fly na Sunday night, pero when I went to the hotel umiinom pa rin. Kaya nagalit na ako kasi ilang ticket na ang nasayang. I’ve been very patient and forgiving for how many years so napuno na siguro ako. Tumawag ako ng taga-rehab para maka-detox siya doon for a few days and ma-resched ang dubbing sa Manila but he got so paranoid. Nag-video siya I guess to seek sympathy. Anyway I apologize for my inappropriate behavior dun sa video,” she wrote.

Ogie also shared what Jamie told him regarding how frequently Baron has been drinking when he is with his family in Cebu.

Just five months shy of celebrating their third wedding anniversary this year, Jamie shared an update on where Baron is at the moment.

“He is in Manila now. Magpaparehab daw siya. I hope it’s true. Nasa kanya na talaga yan. Focus na lang ako dito sa Cebu sa mga bata. Thank you for listening to my side. God bless. I reached out to you because I believe you are not biased and you know the real score on Baron’s drinking,” she added.

Baron’s daughter with Jamie, Talitha Cumi, was just baptized on Sunday, April 10 at the Archdiocesan Shrine of St. Therese of the Child Jesus in Cebu City where they reside. Baron was not able to attend the event as he is currently in Manila for a project.