Shanaia Gomez and JC Alcantara share their experience on their first day on the set of ‘He’s Into Her’. 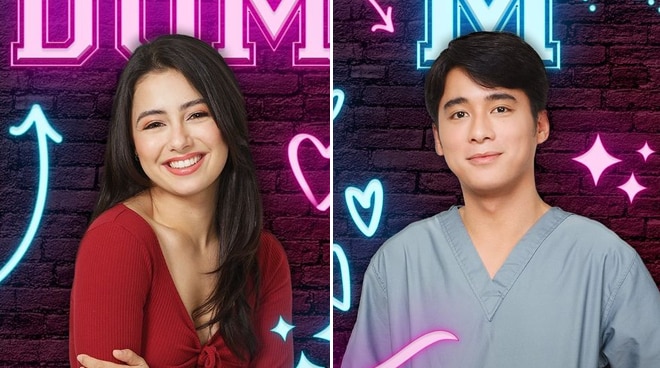 With the second season of He’s Into Her already taping, fans of the hugely popular Wattpad series can’t wait to see the next chapter in the love story of Max and Deib played by the breakout love team of Belle Mariano and Donny Pangilinan. With their new season also comes the addition of new cast members like Pinoy Big Brother celebrity housemate Shanaia Gomez and BL actor JC Alcantara. The two stars admitted they were proud to be invited to join the popular teen-oriented series.

Previously starring in the BL series Hello Stranger with Tony Labrusca in 2020, JC said he has always been a fan of He’s Into Her.

READ: Shanaia Gomez talks about acting for the first time with Belle Mariano: ‘I’ve learned a lot from her’

After her stint on Pinoy Big Brother: Kumunity Season 10, Shanaia looked forward to getting back to acting and was happy to be warmly welcomed into the show.

“My name is Dominique or Dom and to find out about my character you really have to watch the show but I feel like my character brings a lot of interesting plots to the second season (laughs). My first day on the set was really, really good. I was very lucky na I already met a lot of the cast. I met the cast already kahit sa hosting lang or barkada or even at the Benison ball. And a lot of them are also Rise Artists so I’m already family with a lot of them. When I first went on set, siyempre I still had that thought at the back of my mind na they already have their bond. Like they’ve known each other for so long from the first season, ganun. But I was so, so blessed that they were so welcoming. Of course we would all hang out whenever we had a free day and then we would play games, we would eat and just talk about things. They were really welcoming and I’m really grateful na ito yung cast for He’s Into Her. Parang they were so happy to meet new people, new characters, and new castmates. It was a lot of fun,” she shared.

READ: Shanaia Gomez on being part of 'PBB': 'I feel that God really planned that'

JC shared the same experience with Shanaia as one of the newcomers on the He’s Into Her set.

Aside from JC and Shanaia, it was announced that other He’s Into Her’s Season 2 new cast members will also include Reich Alim, Rajo Serrano, River Joseph, CJ Salonga, Zach Castañeda, and Mikha Lim. Directed by Chad Vidanes.