Claudine Barretto pays tribute to sister Gretchen on her birthday

Claudine Barretto took to social media to celebrate the birthday of her sister, Gretchen Barretto, who turned 52. 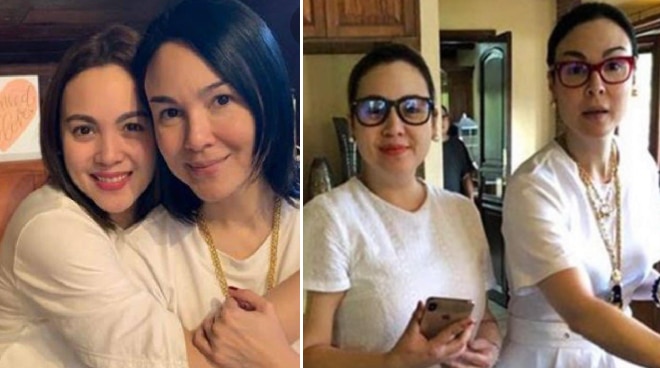 Claudine Barretto took to social media to celebrate the birthday of her sister, Gretchen Barretto, who turned 52.

Posting pictures of them together, Claudine paid tribute to her "ate" through an Instagram post on Sunday, March 6.

"To my ate, my advisor, friend & idol, happy happy birthday. I thank God first of all for you, as a wife, mother, daughter & friend. May you continue to allow God to use you as an instrument for the many who need & have none. Again, it's a privilege to be your sister. I love you so much my ate," she said.

It was in February 2019 when Gretchen and Claudine revealed that they patched things up between them after not being on good terms for years.

The two have since formed close ties, with Claudine constantly expressing her love and admiration for her "ate" Gretchen. She has also previously credited her sister for helping her during the difficult times in her life.

Gretchen Barretto tells sister Claudine: ‘Thank you for inspiring me to be a better daughter’

Gretchen and Claudine are estranged from their other sister, Marjorie Barretto, after the three siblings had a spat at the wake of their late father in October 2019. Last January, Claudine said she and Marjorie were now civil to each other after a family get together.