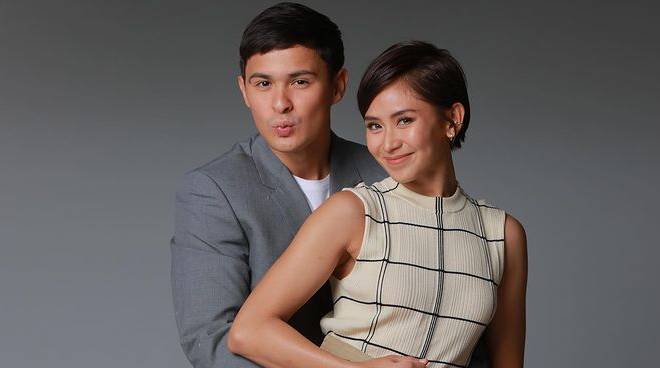 The rumors stemmed from a photo of the couple posted by Matteo Guidicelli on New Year's Eve wherein netizens believed that Sarah seemed to have a baby bump.

In an interview with ABS-CBN News, the actor remarked that Sarah is not pregnant.

Matteo added that they want to savor their time first as husband and wife.

Matteo penned a heartfelt message for their anniversary on social media.

"Through thick and thin and all the ups and downs, we will be partners for life. I love you my beautiful wife! You’re the best. ❤️❤️❤️ Happy 2nd year anniversary! #theguidicellis @justsarahgph," Matteo posted.

In the same interview with ABS-CBN News, Matteo opened up about their journey as a married couple.

WATCH: Here’s what Matteo Guidicelli and Sarah Geronimo did during their visit to Tanay

"Marriage is one of the most amazing things in life and I am very, very blessed and thankful na I am very blessed with an amazing wife, a wife that amazes me everyday. You'll never know your wife or your partner, you will always learn more and more about her every single day and I think that's something very, very true. Two years pa lang kami but I appreciate the ups and downs everyday," he stated.

The actor was also asked about his wife's future plans in show business. Sarah recently marked her 19th anniversary in the entertainment industry.

"She's working for something. Malalaman niyo soon. She's working. It's not just out there yet but soon. She has plans for the future. She's working closely with Viva to produce these things with our own company and Viva," Matteo relayed.