Rico Blanco on acting with girlfriend Maris Racal: ‘I really am a fan of her work as an actress’

‘The Goodbye Girl’ actor Rico Blanco says he also admires girlfriend Maris Racal when it comes to her acting talent. 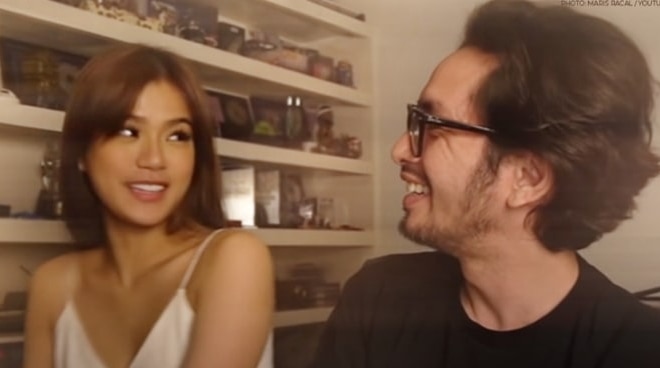 After making his return to acting this year in the iWant Original series The Goodbye Girl, singer and actor Rico Blanco admitted getting the chance to act with real-life girlfriend Maris Racal for the first time was an added bonus.

The 48-year-old artist said he felt pressured because it’s been more than a decade since his last acting project—Lobo—on ABS-CBN.

“In terms of pressure, siguro kasi matagal na the last time that I acted and I know si Maris medyo hasa. And I really am a fan of her work as an actress  objectively speaking. I tell her all the time because I’m very honest eh. Especially the closer you are to me, the more honest I am to you. So when she does well I really tell her. So alam ko na hasa siya kumbaga and then ako kinakabahan ako nung start. Sabi ko baka nagbago na, nagbago na ba yung language sa set, I’m sure nagbago na yung technology, yung mga ilaw, yung mga lente, yung mga camera, yung mga ganun. So dun lang ako medyo na-pressure. Maris does the same for me. If there’s something that I’m doing that I can improve,” he admitted.

“Actually nagugulat na lang din kaming dalawa talaga eh. Kasi ako all these years I thought kailangan ng ganitong level ng hard work. I’ve been in relationships na talagang tumagal because of hard work from both sides. Because you hear it all the time. But for us, we’re surprised because it does take work but I’ll be really honest, it’s not so hard. So I don’t know the answer. I don’t know what the secret is.

“Be honest siguro sa paghanap mo o pagpili or pagkilatis mo ng potential partner and siguro be honest with yourself and I think that’s what we both were prior to us being together. I was already so honest about what kind of person I am. So nung dumating si Maris, heto ako, heto siya. Kasi minsan hindi ka honest sa sarili mo.

“But I’m no expert. To find someone like Maris at this point in my life, I’m probably not the expert (laughs). But I’m the expert on not saying never. I did say never but Maris changed my mind. Nung bago bago kami medyo kinakabahan kami eh. Sabi ko, ‘Uy, hindi pa tayo nag-aaway hala,’ tapos sabi niya, ‘Bakit mo ba hinihintay yun?’ Sabi ko ‘Hindi ka ba nagtataka?’ We’re still in the journey so we have a lot of ways to grow pa as a couple and we want to enjoy that,” he explained.

READ: Rico Blanco says he is open to becoming a PBB housemate: ‘Why not?’

Watch Rico Blanco and Maris Racal in “The Bitter Hopia” episode of The Goodbye Girl. Produced by Dreamscape Entertainment and Clever Minds Inc., The Goodbye Girl starts streaming on February 14, with a new episode dropping daily on the iWantTFC app (iOS and Android) and website (iwanttfc.com).