Diego Loyzaga on the issue of partners who cheat: ‘We’ve all been there’

‘The Wife’ star Diego Loyzaga talks about why he is still not fully comfortable shooting intimate scenes onscreen. 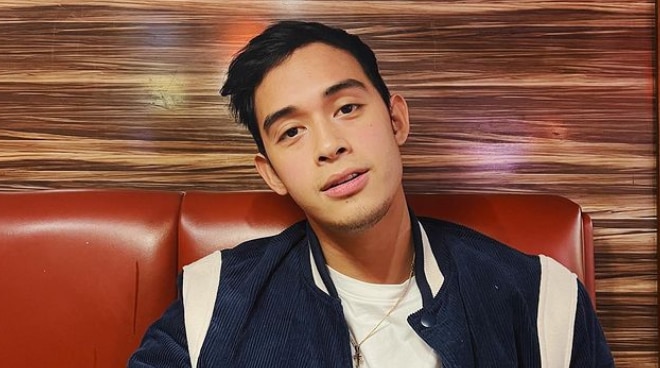 While working on the drama project The Wife earlier this year, Diego Loyzaga got the chance to work with Vivamax’s female director Denise O’Hara for the first time.

“It was okay. It was nothing different from having a male director. It’s pretty much exactly the same. Naramdaman ko talaga na mas maalaga si direk and I’m kind of used to that. Even in my family I’m surrounded by women. Parang the maternal kind of feel of having women around you. I liked it. I vibed with director. There were some scenes na hindi naman namin na-perfect kaagad and direk would come to us and tell us what we need to add or lessen and I also very much liked that because she was very straightforward as a director and yung mga kasama ko sa cast. Although walang ibang guy dito, they were very open to their feelings and how they felt about the scene so we were all very open to one another. I think we succeeded as a team,” he said.

In The Wife, Diego plays the role of Cris, a two-timing husband of Mara (played by Louise Delos Reyes) who cheats on her with his ex-girlfriend Lee (Cara Gonzales) until he gets diagnosed with cancer. The 26-year-old actor admitted he can relate to his character in some way because of the film’s universal themes of love and relationships.

“Yung side na mayroong nangyari na nangaliwa, but we’re all kind of victims of love aren’t we? I mean like we’ve all been there. Sometimes you only see one side of the story and you don’t see all the sides. But in this story you definitely see all the sides. And it’s not just the problem of nangaliwa yung asawa. I get sick in the story so it adds another aspect na, ‘Oh no what are we going to do now?’ It really shows how humans react to a certain situation. Normally kasi pag nangaliwa ayoko na sa ‘yo, let’s forget each other and move on. But in this case it’s different because love does conquer all and the cliche that love will always win is what kind of happened in this movie. But it translated to a love between a man and a woman and like a relationship kind of love to friendship and it’s interesting. Very, very interesting,” he admitted.

READ: Diego Loyzaga on going to the US for the first time: ‘I think I’ve found a home in this place!’

After experiencing doing sex scenes in the film Dulo with his then girlfriend Barbie Imperial, Diego said he was still extra careful while working with Louise in their bed scenes for The Wife.

“It’s still is kind of new to me. We don’t really get over doing scenes like this. I only started doing this nung 2021 so yung mga love scene na yun that was pretty much it the only experience I had prior to this film. But it’s always pretty much the same. You have to make sure you’re partner’s comfortable and you’re comfortable. there were a few times we had to direk and say, ‘Direk, do we really have to do this?’ The script was very detailed. I think we did it well,” he explained.