Arjo Atayde again expressed his love for his girlfriend Maine Mendoza as he wished her a happy birthday on Thursday, March 3. 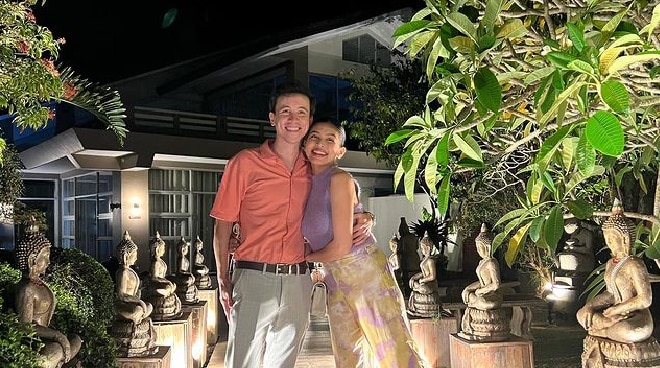 Arjo Atayde again expressed his love for his girlfriend Maine Mendoza as he wished her a happy birthday on Thursday, March 3.

Posting a photo of them together on Instagram, the actor said: "Mahal na mahal kita… looking forward to celebrating all your birthdays with you! Happy Happy Birthday, Baba."

In the comments section of his post, Maine wrote: "Thank you!!! Love youuu."

Arjo and Maine have been dating for more than three years.

They first admitted they were "exclusively dating" back in January 2019. Months later, in December 2019, the two finally confirmed they were officially a couple, as they greeted each other on their first anniversary.

Previously, Arjo admitted that he already sees himself spending the rest of his life with Maine.

Asked what he sees in Maine that makes him believe she is the one, Arjo said: "Very hard to explain how a person can be unique the way you see them. But to me, she's a very loving person, mabuti ang puso niya. That's also very hard to find, 'yung sincerity. And grabe magmahal.

"But 'yun po, hindi ko po ma-explain. Grabe po, eh. It's a different way of... iba po, eh. I'm overwhelmed with the way I love her and she loves me back. It's a different understanding. I think I found a best friend [and] partner," he added.