Joshua Garcia has his fans asking whether or not he and the mystery girl are an item. 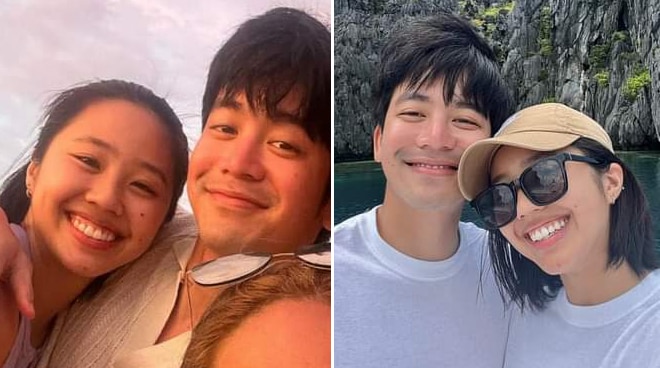 Joshua Garcia, undoubtedly one of the Philippines’ most sought-after celebrities, has once again caught the attention of his fans after sharing a photo of a girl’s back.

Joshua set his fans abuzz anew with the photo he shared involving a mystery girl. Previously, he shared a photo of Ria Atayde which had fans linking him to the actress. Both have denied any romantic relationship, pointing out that they share the same circle of friends which includes Kathryn Bernardo and Daniel Padilla. However, it seems that the same circle of friends also has ties to the mystery girl in Joshua’s photo.

The girl, as it turns out, is Ateneo Women’s basketball team guard and Kathryn Bernardo’s best friend, Trina Guytingco.

Trina joined the women’s basketball team of the Ateneo de Manila University in 2015. She’s also a music lover who’s into playing the piano and the guitar, as seen in some of her posts on Instagram.

And it appears the rumored couple is comfortable with each other’s company based on the photos that circulated online. In one of the photos, Joshua’s hand can be seen wrapped around Trina’s shoulder.

As of this writing, neither Joshua nor Trina has spoken about the speculations regarding the status of their relationship.

While it remains to be seen if either Joshua or Trina will speak up anytime soon, it appears most of their fans approve of them as a couple.