Jessy Mendiola reunites with her father in Dubai

Jessy Mendiola is happy to be reunited with her father, Roger Tawile, in Dubai. 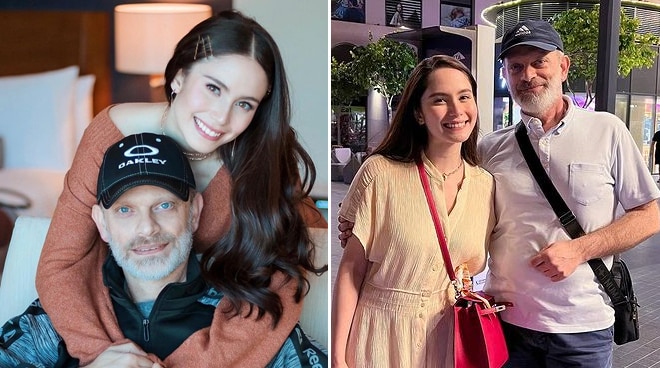 Jessy Mendiola is happy to be reunited with his father, Roger Tawile, in Dubai.

The actress took to Instagram on Wednesday, March 30, to share photos of herself with her Lebanese dad and her husband Luis Manzano, with a caption saying "My family" followed by a heart emoji.

Based on her social media updates, it was in 2019 when Jessy, 29, last reunited with her father in Abu Dhabi.

Previously, Mr. Tawile, who is currently based in Bahrain, said it was sad that he missed his daughter's wedding to Luis as he could not fly to the Philippines due the novel coronavirus pandemic.

“It’s not regretting. It’s more of I wish I was with you when you were on that line being a famous actress and everybody’s looking up at you. I wish I was there just to hold your hand and make you stronger. I know you are strong. But maybe you will have more trust, whatever a father can give to his daughter, a word of wisdom maybe,” he said.

Nonetheless, he said that he could not be happier for his daughter now that she's a married woman.