Bruce Willis retires from acting due to brain disorder

Bruce Willis has been diagnosed with aphasia. 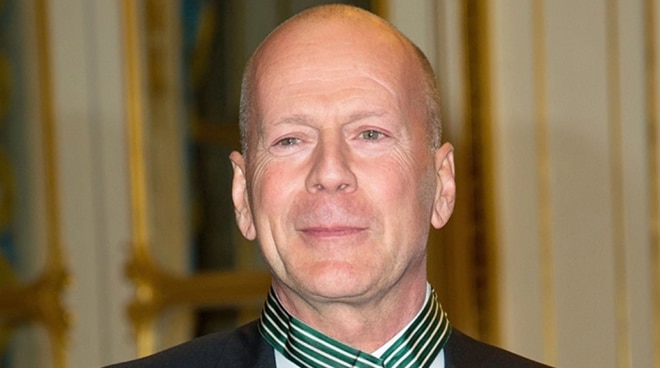 Bruce Willis is stepping away from acting after being diagnosed with a brain disorder called aphasia.

The family of the actor posted a joint statement on social media, sharing the current health status of the actor.

"To Bruce’s amazing supporters, as a family we wanted to share that our beloved Bruce has been experiencing some health issues and has recently been diagnosed with aphasia, which is impacting his cognitive abilities. As a result of this and with much consideration Bruce is stepping away from the career that has meant so much to him," the statement said.

Bruce's family extended their gratitude for the love and support they have been receiving from his supporters in these trying times.

"This is a really challenging time for our family and we are so appreciative of your continued love, compassion and support. We are moving through this as a strong family unit, and wanted to bring his fans in because we know how much he means to you, as you do to him. As Bruce always says, 'Live it up' and together we plan to do just that," the statement added.

A report by Page Six stated that the actor already had “cognitive problems” on the set of his last movie. Production had to use ear pieces to feed the actor his lines and instructions.

According to webmd.com, aphasia is "a communication disorder that makes it hard to use words. It can affect your speech, writing, and ability to understand language. Aphasia results from damage or injury to language parts of the brain."

Bruce's career started as a theater actor on the off-Broadway stage in the 1970s.

He has been part of more than 100 films throughout his entire career. His most popular project is the action film series Die Hard wherein he portrayed the role of John McClane from 1988 to 2013.

His other films include The Sixth Sense, Hostage, Lucky Number Slevin, Surrogates, Rock the Kasbah, The Fifth Element, Armageddon, and Motherless Brooklyn, among others.

Bruce received a Golden Globe, two Primetime Emmy Awards, and two People's Choice Awards throughout his career as an actor.