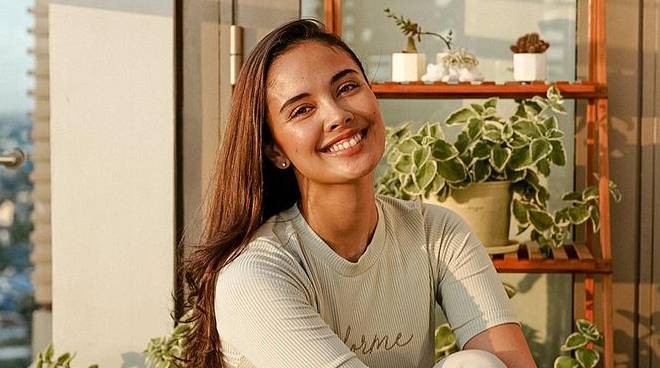 With the country now easing its safety and travel restrictions, everyone is looking forward to getting the chance to see their loved ones again in and outside of the country. Actress and beauty queen Megan Young admits that’s what she looks forward to doing the most this year.

“I’m really looking forward to traveling. I’ve been wanting to visit my mom for the longest time kasi hindi siya nakauwi nung December eh dahil sa restrictions. She’s based in the US now and we decided na huwag na muna siya umuwi kasi ang tagal ng quarantine niya, mauubos lang yung leave niya sa work. So we begged off on that trip sadly so we haven’t seen her for more than a year which isn’t as bad but siyempre now that she’s getting older she wants to spend all the time that she can with us. So hopefully I can visit my mom soon depending on restrictions and depending on the schedule,” she shared during Pedigree’s Dentastix Oral Care online launch earlier this month.

During the event, Megan shared that she and her husband Mikael Daez had an easier adjustment to doing quarantine for the past two years with the help of their furbabies at home. When their pet dog Soba needed medical care, it proved to be a challenge for them.

“I guess devoting time is really a sacrifice. Siyempre we all have our own lives ahead and to make them a part of our lives, that is already a sacrifice in itself and when Soba got sick, I really cancelled everything that I could because I wanted to make sure that she was healthy and everything was good. Parang I can’t imagine what she was feeling  because I was already so shocked and confused about what was happening to her so I really had to beg off some work stuff. I’m thankful also that there also wasn’t too much going on at that time kasi she got sick around April or May so super strict lockdowns and we had to check pa nga if puwede kami lumabas ng 1 am kasi nakakatakot pag lumabas tayo at nahuli tayo. So it was a really scary time and I really dropped everything to make sure that she was okay,” she recalled.

After that incident, Megan said they have been even more careful with taking care of their pets.

“It was weird, there weren’t any pests in her blood pero feeling namin may nakain siya that might have been toxic. So baka may nakain siya sa kitchen area tapos hindi naligpit agad. So after that happened we’ve been really, really strict with cleaning up after cooking or in the process of cooking dapat maging strict. We also stopped buying stuff that might be toxic like hindi na kami bumibili ng grapes (laughs) kasi nakakatakot eh, kasi Salem our cat likes picking stuff up from the table. So we just decided sige huwag na tayo bumili. Let’s just eat that when we’re out,” she said.

READ: Megan Young greets Mikael Daez on his birthday and their anniversary

Although the couple have already put to rest questions when they plan to start their own family after getting married in 2020, Megan said it will all happen at the right time.

“We’ll see. When it comes to that, magugulat na lang siguro tayo (laughs). I don’t know. For now, the decision is we don’t want just yet. There’s a lot of things lined up for us in work and in our real life that we want to focus on first. But I feel like if it happens then it just happens and I won’t have a problem with that,” she told PUSH.