Singer Ice Seguerra took to social media to greet Amara, the daughter of his wife Liza Diño, a happy birthday. 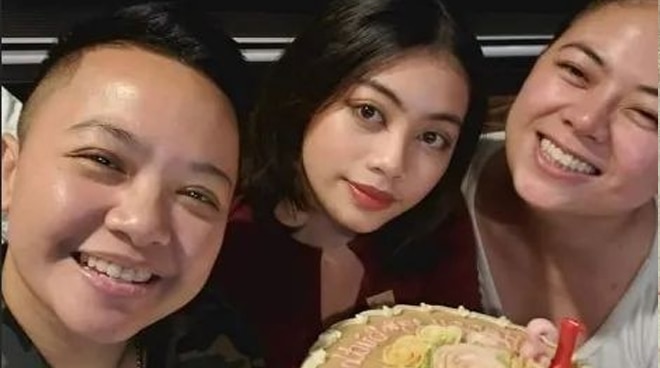 Singer Ice Seguerra took to social media to greet Amara, the daughter of his wife Liza Diño, a happy birthday.

In an Instagram post this Wednesday, March 23, Ice said he feels sad not being able to celebrate with Amara on her 14th birthday, but happy at the same time as she gets to spend her special day with her biological father.

"I think this is the first time I don't get to celebrate with you on your birthday. It sucks coz I miss you but I'm happy that you're spending quality time with your dad," said Ice.

The hitmaker went on to express how proud he is of Amara and how excited he is to see her grow into the person she is destined to be.

"14 ka na! Grabe, ang bilis ng panahon. Parang kahapon lang nung wala kang tigil kumanta ng 'Let It Go.’ I just want to say I'm proud of who you've become and I'm excited to see you grow into the person you dream to be. I just want you to know na nandito lang ako, kaming mga magulang mo to support you," he said.

"Keep dreaming big dreams, Amara, because I know you can make it all come true. I'm here for you, always," he added. I love you! Happy birthday!!!"

Amara is the daughter of Liza, former beauty queen and now chair of the Film Development Council of the Philippines, from a previous relationship.

In a past interview, Ice admitted that he had a hard time getting close to Amara due to a traumatic experience he had with a previous girlfriend.

"Ako din mismo, may trauma sa bata. Kasi there was a point when I was younger na I had a girlfriend who had a kid na lumabas siya na ako 'yung nandoon, so parang baby ko talaga. And then noong nag-split kami I was heartbroken, kasi feeling ko nawala 'yung baby sa akin," he said.

Nonetheless, through open communication with Liza and even Amara's biological father in the US, Ice was eventually able to build a close relationship with his wife's first and only child.

"We talked about everything, as in our communication is very open even with Amara's dad in the States. Kumbaga if there’s a decision to be made it’s all us who will decide," he said.

Ice and Liza tied the knot in the United States in December 2014, where same-sex marriage was first legalized in 2008. They wed for a second time in a ceremony in Batangas in the presence of their family and friends.