Even her former boyfriend Diego Loyzaga could not help but react to Barbie Imperial’s new look. 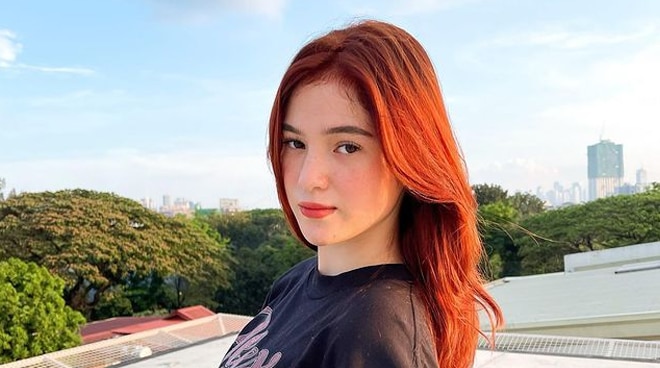 Barbie Imperial is now a redhead.

The Kapamilya actress recently surprised her followers as she posted on Instagram photos of herself sporting a new hair color.

In the comments section of her post, several netizens could not help but gush about Barbie's new look, with most saying her hair color complemented her look and with her skin tone, made her even more stunning.

Even her former boyfriend Diego Loyzaga could not help but react to the post, writing, "Poison Ivy?" referring to the comic book character.

Barbie and Diego were together for about a year before they announced in February that they had parted ways.

The two recently made headlines after photos of them dining in a Pasig restaurant circulated online and prompted rumors of a reconciliation.

However, when pressed for a reaction during the screening of his film Adarna Gang, Diego stressed that he and Barbie are only friends.

“We spent a very long time together imposibleng hindi kami maging magkaibigan. The respect is there and the friendship is still there, so, why not keep that friendship?” he said.

She and Diego also co-starred in the romance-drama film Dulo, released in December last year.