BTS member Jin had surgery on his left index finger. 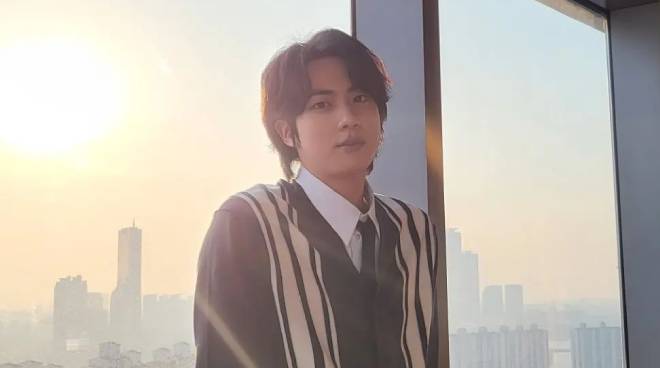 The talent management agency released a statement about the singer's surgery on March 19 as reported by Soompi.

According to the entertainment company, it was Jin's index finger which got operated on after it suffered from injury.

"This is BIGHIT MUSIC. We would like to provide you with some information regarding BTS member Jin’s finger injury. Jin injured his left index finger during his daily activities and visited the emergency room at a hospital nearby for examination and treatment on Friday, March 18," the statement read.

"He consulted doctors and was told he required surgery as the tendons in the finger had been partially damaged. He underwent surgery to repair the extensor in his left index finger on the afternoon of Friday, March 18," the statement added.

Big Hit relayed that the surgery was a success and the singer is now recovering.

"The surgery went well according to the doctors. Jin was discharged from the hospital on the morning of Saturday, March 19 and has been resting. He will wear a cast for the time being for stabilization and a speedy recovery," the company said.

According to Big Hit, Jin will be focusing on his full recovery for the time being.

"Jin will focus on rest and treatment to fully recover from the injury and to resume his activities in good health. We will continue to provide support for the rapid recovery of Jin, placing our highest priority on the health and safety of our artists," the statement concluded.

Jin is one of the seven members of the Grammy-nominated global boy group BTS.

Recently, it was announced that the group is set to perform this April in Las Vegas at the 64th Grammy Awards wherein they are nominated for the Best Pop Duo/Group Performance category.

They are also set to stage their "BTS Permission To Dance On Stage" concert for multiple days in Las Vegas this April.