Matteo Guidicelli paid tribute to his wife Sarah Geronimo as the singer-actress celebrated her 19th showbiz anniversary on Tuesday, March 1. 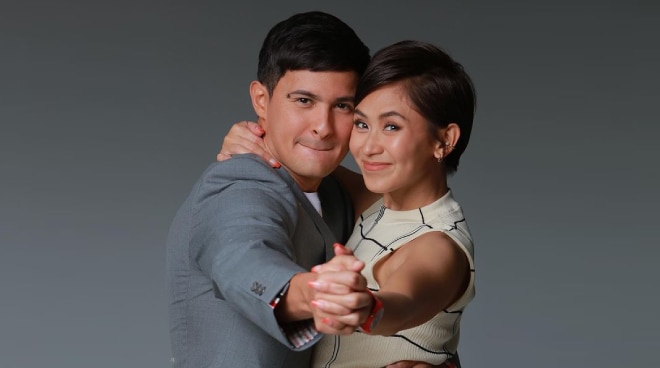 Matteo Guidicelli paid tribute to his wife Sarah Geronimo as the singer-actress celebrated her 19th showbiz anniversary on Tuesday, March 1.

The actor took to Instagram to pen a letter to his wife expressing how much he admires her as an artist and a woman.

"Dear wife, Today marks your 19th year in show business! Seeing you grow every single day as an artist and as a woman, totally blows my mind. Your passion, dedication, hard work, and focus is just on another level. I am very very proud of you!" wrote Matteo.

"Continue spreading love, happiness and inspiration to the people around the world!" he added. "I love you very much."

Sarah, 33, rose to fame in 2003 as the grand winner of the reality talent show Star for a Night.

Since then, Sarah has become one of the biggest stars in the local industry, not only for her music but also her acting prowess. Some of her hits include "Forever's Not Enough", "Ikot-Ikot", "Kilometro", and "Tala", the last of which became a viral sensation in 2019.

Meanwhile, as an actress, Sarah is best known for her films A Very Special Love, It Takes A Man and a Woman, The Breakup Playlist, and Unforgettable.

Sarah and Matteo recently celebrated their second anniversary as a married couple. The two tied the knot in a secret ceremony in Taguig February in 2020, after being together for more than six years.