Singer and actress Maris Racal shows why boyfriend Rico Blanco is the apple of her eye. 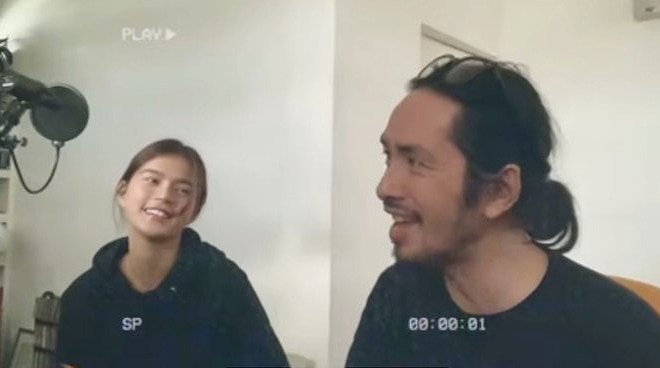 Almost a year since they went public with their relationship, Maris Racal and Rico Blanco’s relationship has proven itself even stronger than ever. After first collaborating through music, the couple recently starred in iWantTFC’s rom-com series The Goodbye Girl earlier this year. To mark Rico’s 49th birthday last March 17, Maris shared a short but simple post showing some of her favorite snapshots and a video clip of her partner.  She wrote, “happy birthday, my fave subject. 🤠” In a previous interview this year, Maris shared what she loves the most about Rico with whom she has a 25-year age gap.

“I feel safe when he’s around and what’s what I like about being with him. Parang safe talaga yung feeling ko pag andiyan si Rico. Feeling ko any kind of problem or overthinking, pag sinasabi ko sa kanya, he always gives this logical reason kung bakit ko yun nararamdaman and unti-unti ko na naiintindihan yung self ko and whatever I was thinking. Gusto ko na may ganun sa buhay ko and I’d like to keep that around,” she said.

As one of the more low key couples in showbiz today, Maris also shared how excited she is for what the future will bring to their relationship.

“I think parang feeling ko lang the more na mas tumagal kami, I know mas marami akong nilu-look forward sa relationship namin ni Rico and yung mga firsts namin and memories together. Lalo na may mga plans kami na na-put on hold muna because of the pandemic. We didn’t really get to go out as much and travel and all. So yun yung ni-lu-look forward ko more memories with him which is going to be a lot of fun and mas makikilala pa namin ang isa’t isa,” she shared in a previous interview.

Watch Rico and Maris in the episode, “The Bitter Hopia” of The Goodbye Girl, a series is based on the book by Noreen Capili. Exclusively streaming on iWantTFC.