Isabelle Daza remembers her late father Bong Daza on his birthday: ‘He was always having a good time’

Actress and model Isabelle Daza shares her favorite photos with her late dad Bong Daza on what would have been his 71st birthday. 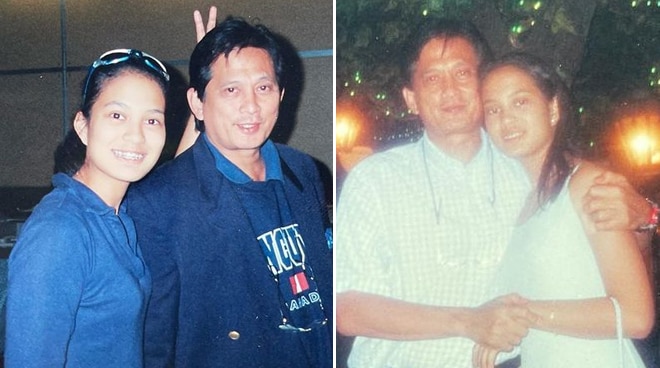 As the second child of the late businessman Bong Daza and beauty queen and actress Gloria Diaz, Isabelle Diaz has already carved out a name for herself as one of showbiz’s “It” girls along with her good friends Anne Curtis and Solenn Heussaff. On what would have been her father’s 71st birthday this year, Belle dedicated a post to her father who passed away in 2016 after a week long coma after suffering a heart attack. In her post, she wrote, “Today would have been my Pop’s 71st birthday. He was always having a good time. 🙏🏽”

READ: Isabelle Daza reunites with Anne Curtis and Solenn Heussaff in France: ‘From dancing in bars to park play dates’

The 34-year-old model and actress, who has acted in ABS-CBN shows like Ipaglaban Mo, Maalaala Mo Kaya, Playhouse, and the drama series Tubig at Langis where she played the main antagonist Clara Samaniego, also shared her favorite photos while growing up with her dad who was also a known restaurateur in the country. The photos also showed the actress with her older brother Raf and younger sister Ava along with their mom Gloria Diaz.

Last December, Isabelle spent the holidays in France with her husband Adrien Semblat and their sons Balthazar and Valentin where she was reunited with Anne and Solenn who brought along their husbands and children as well.