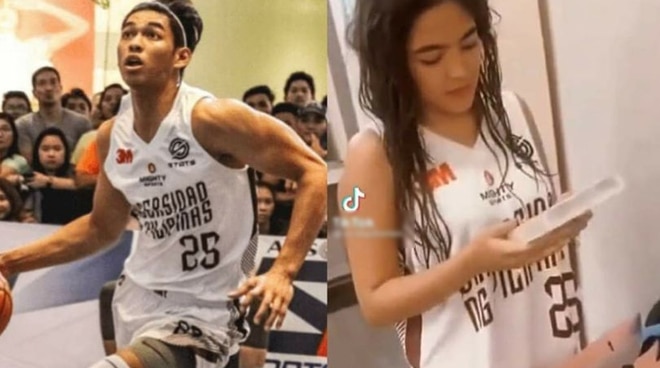 Over the past couple of days, photos of Andrea and Ricci with a waiter taken separately at a restaurant in Bonifacio Global City (BGC) have made rounds online.

Ogie, through his online show Showbiz Update, noted that Andrea can be seen wearing a University of the Philippines (UP) basketball jersey with the number 25. The number 25 is also Ricci’s jersey number.

Fans took a screenshot of a video taken when Andrea surprised her good friend Darren Espanto.

“According to our very reliable source, nag-confirm na they are really dating daw,” Mama Loi said.

Andrea is one half of the love team SethDrea together with onscreen partner Seth Fedelin.

As of this writing, Andrea has yet to confirm the rumors about her and Ricci.