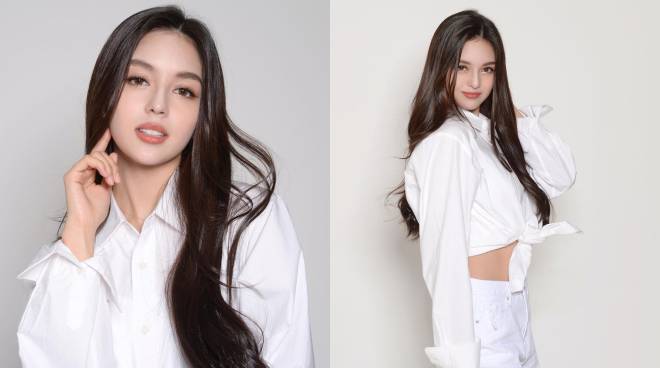 It seems like a Filipina will soon be debuting as a K-Pop idol.

MLD Entertainment, the agency behind MOMOLAND, has been posting snapshots of Chantal Videla for months as one of their K-Pop trainees on their Instagram page MLD Entertainment Audition.

Chantal first appeared on the page in November of last year. She was introduced as Chanty.

In her first photo on the page, the Filipina K-Pop trainee shared her favorite quote which goes, "Nothing can dim the light that shines from within."

Last December, Chantal's song cover of "Part of Your World" was also uploaded on the Instagram page.

Aside from Chantal, photos of Girls Planet 999 contestant Nonaka Shana were also uploaded on the page. Last December, MLD Entertainment confirmed that Shana will be debuting as part of the new girl group of the agency in 2022.

There is no confirmation yet though about Chantal's debut as a K-Pop idol under the agency. But both Chantal and Shana have collaborated on a song cover, performing Ariana Grande's "Santa Tell Me" last December. Chantal also appeared on the YouTube channel of MLD Entertainment.

Last October 2021, Chantal starred in the music video of K-Pop duo JT&MARCUS for their debut digital single "Dear You." The duo is also part of MLD Entertainment.

In an interview with Star Magic Inside News in October of last year, Chantal remarked that she is thankful to be part of the "Dear You" music video.

Chantal added, "As a big fan of K-Pop, this is really a dream come true and it's an answered prayer."

Prior to her journey in South Korea, Chantal was part of Star Magic Circle Batch 2018. She was in the same batch as Donny Pangilinan, Charlie Dizon, Markus Paterson, and Tony Labrusca, among others.

Chantal is 19 years old. She was born to a Filipino mother and an Argentinian father.