Paolo Gumabao admits experiencing abuse while living in Taiwan: ‘They look down on us Filipinos’

‘Silip Sa Apoy’ actress Paolo Gumabao looks back on his difficult years as a foreign elementary student in Taiwan. 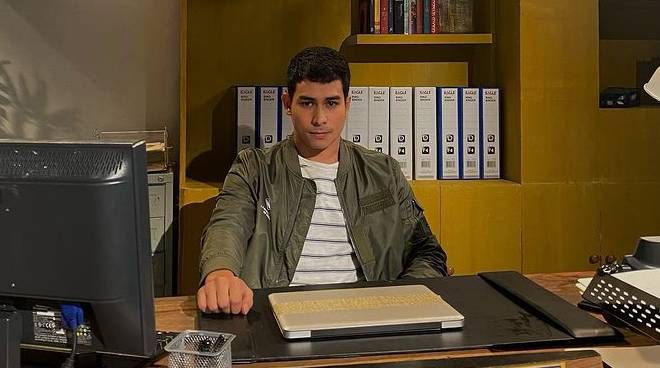 As part of the cast of the Vivamax sexy thriller Silip Sa Apoy, Paolo Gumabao said he is thankful to get the opportunity to showcase his acting skills once again after being seen in films like Sisid and Lockdown last year. He also won his first Best Actor award at the 28th Filipino International Cine Festival 2021 in San Francisco, California for Lockdown.

In Silip Sa Apoy, Paolo plays the role of Alfred, who lives next door to a married couple (played by Sid Lucero and Angeli Khang) until he becomes involved in an affair with the wife who is a victim of domestic rape and abuse.

“The biggest takeaway in this film is to fight back. Do not tolerate this type of stuff kasi that’s what Emma (Angeli Khang’s character) did. No matter what form of abuse you’re going through right now, you should never, ever tolerate it. You should know who to call, know who to ask help from and don’t let people bring you down like that,” he shared.

With the Vivamax Original film touching on issues like various types of abuse, Paolo said he actually experienced one form of it when he was younger and living abroad.

“Never naman umabot sa point na I was physically abused. There are different forms of being abusive and siguro yung sa akin which is grabe lang talaga pero hindi siya physical abuse. Ang pinaka naaalala kong abuse sa buhay ko is yung time na nasa Taiwan ako nung dun pa ako nag-aaral when I was in elementary. Because I was studying in a traditional Chinese school. I was the only foreigner there and I was the only Filipino. Sa Taiwan kasi medyo they look down on us Filipinos lalo na iba yung itsura ko sa kanila. The students would physically abuse me a lot of times actually and what’s crazy about it is the teachers would verbally abuse me.

“There was this one time I was in third grade, there was this science teacher pinaharap niya ako sa lahat ng kaklase ko, aminado ako medyo makulit ako nung bata ako, and in Chinese he said na, ‘Don’t be friends with this kid because when he grows up he’ll be trash.’ I walked out of the room and then went straight to the bathroom after that. Yun lang naman. Pagdating ko dito sa Pilipinas luckily good na, okay na lahat and my family is very loving. Never kami nagkaroon ng ganung problem sa family namin which makes me feel fortunate for that,” he recalled.

When asked to share advice to those who are still experiencing abuse, Paolo said to approach the sitaution with a lot of caution.