Nathan Juane and Isabel Laohoo were named as the top two housemates of the adult edition of ‘Pinoy Big Brother: Kumunity Season 10.’ 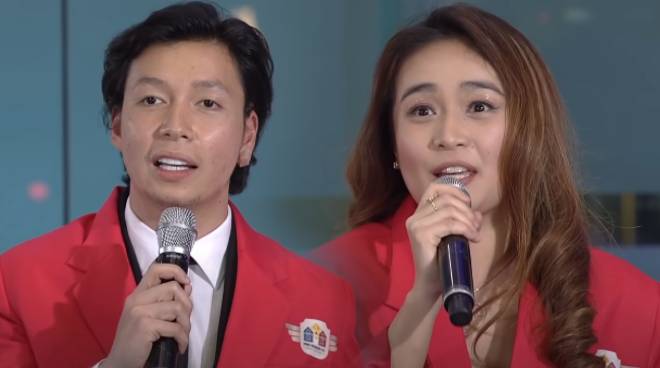 Nathan Juane and Isabel Laohoo were declared as the top two housemates of the adult edition of Pinoy Big Brother: Kumunity Season 10.

In the Saturday (March 12) episode of PBB, the two housemates earned the most number of "save" votes putting them on the top.

Isabel earned 29.56 percent of save votes while Nathan gained 20.93 percent.

In the same episode, Nathan and Isabel returned to the outside world and received their prizes of Php100,000 each for becoming the adult Kumunity top two housemates.

"Sa lahat ng mga sumuporta sa akin, lalo na to my friends and family, hindi ko inaasahan na makakaabot ako sa stage na ito. All throughout I've just been true to my core and also give praises to my Lord Jesus Christ. I think that's one of the game plan na pinasok ko dito. Wala naman talagang game plan kundi just trust in His will," Nathan said in his message.

Isabel also extended her gratitude to her supporters saying, "I'd like to say thank you everyone. I really don't know how to thank you. Words would not be enough to thank you in this journey. And I will continue to be an inspiration to myself and to you guys so thank you talaga for this. Thank you for everything," she stated.

Following the conclusion of the adult edition, the teen edition of this season will commence on Sunday, March 13.

In January, Alyssa Valdez and Anji Salvacion were hailed as the top two housemates of the celebrity edition of PBB: Kumunity Season 10.