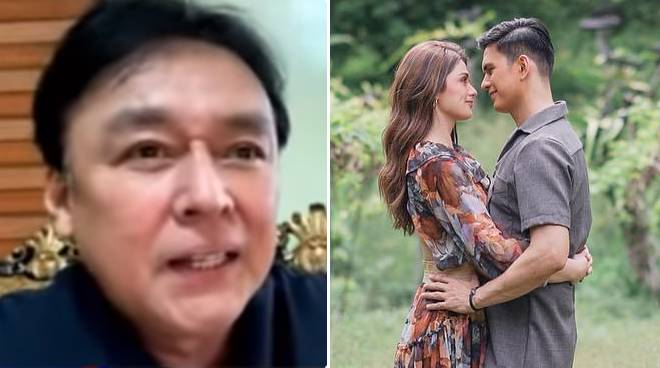 Carla Abellana’s dad Rey “PJ” Abellana has spoken up about the issue involving the marriage of his daughter and Tom Rodriguez.

In an interview with Cristy Fermin, PJ answered the questions that have long been sitting in the minds of fans: What really happened between then-newlyweds Carla and Tom?

PJ admitted it came as a shock to him when he found out about the news that the relationship of his daughter and son-in-law was supposedly on the rocks.

PJ went on to share that he knew right away the rumors were true because Carla did not respond to his message.

But it did not take too long for Carla to respond to him, admitting things aren’t okay between them.

“After few days, nag-reply na po si Carla sa akin. Ganito ang pagkakasabi ng anak ko sa akin, ‘Tom and I are not okay. Anyway papa, we would [like] people to give us the respect,’” he shared.

But PJ said he still has no idea about the real issue between them, although he revealed Carla asked him not to address the public at that time.

Then again, he made it clear that Tom and Carla have not still not called it quits.

But PJ dropped a bomb when he revealed Tom committed “infidelity,” with Tom admitting this to him. At this point, he still hasn’t heard Carla’s side.