Gerald Anderson took to social media to mark the special day of his girlfriend Julia Barretto, who turned 25 on Thursday, March 10. 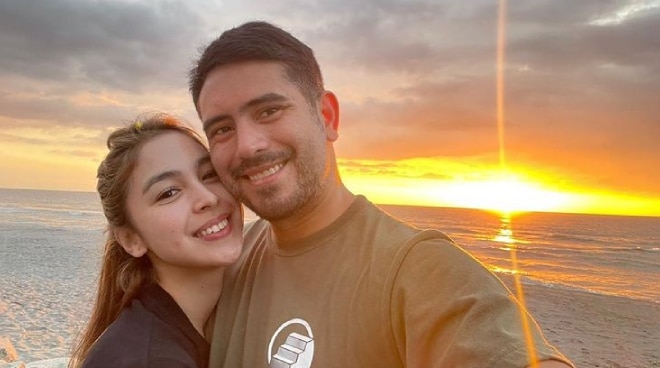 Gerald Anderson took to social media to mark the special day of his girlfriend Julia Barretto, who turned 25 on Thursday, March 10.

On his Instagram page, Gerald shared a series of pictures of himself with Julia, along with his short but sweet birthday message for the actress.

"This day in 1997 God sent us an Angel. Happy Birthday Baby," the actor said.

In the comments section of his post, Julia wrote: "Thank you my love... I love life with you."

Just last Monday, March 7, it was Julia who penned a heartwarming birthday message for Gerald as he turned 33.

Sharing their photos together on Instagram, the actress said: "Happy birthday my love, my best friend."

Julia and Gerald confirmed their relationship in March 2020, more than a year after they were linked romantically since co-starring in the Black Sheep movie Between Maybes.

Earlier, Gerald admitted that he already sees his girlfriend as “the one", but acknowledged that Julia is still very young, and that the actress still has so much to offer in the industry.

For her part, Julia has admitted that she is willing to leave showbiz for a simple and more quiet life with her future family. She has also expressed wanting to have children of her own in the next four or five years.

After going public with Gerald Anderson, Julia Barretto reiterates plans to build a family at 26

Meanwhile, aside from Gerald, Julia's sister Dani Barretto also turned to social media to pen a heartwarming birthday message for the actress.